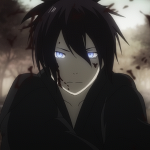 Hi, welcome to Fairy Tail Wiki! Thanks for your edit to the Story Arcs page.

Hi! I notice alot of the character pics you're posting are squished vertically or horizontally. FYI, you can avoid this by using an image editor that preserves aspect ratio when resizing; I recommend Irfanview. -- MechR 07:03, December 25, 2010 (UTC)

Nah, I known that...I will place your image in the page, but you could uploaded it under the same name not separated. Well i will stop discussing this before it goes wrong. ProGamerP9 (Userpage ⁝ Talk) 12:55, March 26, 2011 (UTC)

Hey, I'd see that you place the images again..and i was asking you to teamwork with me about the episode pages, I upload the image which that you can cope it and make it a lot sharper and re-upload it. Only if you agree with it. ProGamerP9 (Userpage ⁝ Talk) 18:30, March 27, 2011 (UTC)

Need some pics if you could help.

Hey, I noticed that you are good with taking anime pics so I would like to ask for your help. If you wouldn't mind could you get me...

1. A better quality shot of this profile pic.
2. A pic of Bobo from Galuna Island in his demon form.(Episode 17, i think if not then 18)
3. A few pics of Polyuscia's house inside and out.

Thanks for the Bobo picture, and sorry for this, but whenever you have time could you possibly get me a picture of the temple on Galuna Island, feel free to decline.  Iam...JakuhoRaikoben    14:17, April 9, 2011 (UTC)

Hi! I'd like to ask,were the pictures of Juvia Loxar really squished up?

Hey I was wondering if you could get me a few more pictures.

1. A few pics of the inside of the Everlue Mansion from the Daybreak arc. 2. Pics of the Mansion Kaby and his wife were staying in to try to full Lucy and Natsu, also in the Daybreak arc. 3. A pic of the real house that Kaby owned if there is one. 4. A picture of Onibus Town, which is the town that Erza and the others performed a play in. 5. A picture of the theatre in Onibus Town. 6. Ghost Lotus Street in Onibus Town.

Sorry for needing so many pics, but I'm trying to make pages for all the locations, and I am not very good with, nor do I have the patience to get anime pics. I'm more of a manga guy myself. Thanks in advance.  Iam...JakuhoRaikoben  03:43, 4/21/11

Hey, I need a few more pics if you don't mind. It's quite a few so take your time.

Hello~! Where did you get your awesome screenshots? Thanks. :D

Possible Position (if you don't mind)

Hey, I just opened up a Fight Summary Guild, and they will be needing a good many pics to complete the fight articles, would you mind if I posted a note on the Guild page saying that you could provide those pics?  Iam...JakuhoRaikoben  05:33,5/14/2011

Hi. I saw in the fight summary guild that you provide pictures from the anime. If your not busy, can you please help me with pictures about Natsu and Kageyama fighting on the train? Thank you very much.  Yust | Talk  07:31, May 14, 2011 (UTC)

The licensing should have {{Fairuse|tv-screenshot}} or {{Fairuse|character}}. Use the first one for anime pictures, and use the second one if it is an anime picture that is meant to single out a specific character. It takes slightly longer, but it's necessary so everyone knows where the pictures came from, thanks.  Iam...JakuhoRaikoben  13:20,5/14/2011

You don't have to add them to your old pictures or any of the pictures you'v already uploaded, just the new ones you upload in the future, thanks.  Iam...JakuhoRaikoben  14:27,5/14/2011

Hey there. I'm requesting if you can provide a HD version of this picture It's from episode 38 wherein Erza and Jellal had a conversation just before the fight. Thank you. Blissfully Disturbed Poke meh 13:52, May 17, 2011 (UTC)

Hello, there is a voting going on currently about a few new policies being added to our wiki. I am encouraging all users to vote and the results of the discussion will be posted on our Community Corner(Wiki Activity Side bar). I sent this message to many users through the use of a bot program on my computer so there is no need to respond to me directly on my talk page. I look forward to all of your votes, thanks.  Iam...JakuhoRaikoben  00:42,5/21/2011

Hey, I need a few images, but this might be a bit of a challenge. I need images of Natsu, Lucy, Erza, Gray, and Gajeel. Though, I need the images to look like the one of Mirajane. Meaning they need to be facing the camera completely, and their eyes need to be opened. These pictures are kinda hard to find, and I can't think of any episodes where you could find them, so if you don't mind just keep an eye out for them when you are getting pictures.

Re: New Version of File

I'll have to delete it for you because only admins can delete files, but if you want me to delete it so you can upload it again under a new file name I will.  Iam...JakuhoRaikoben  05:30,5/24/2011

No problem, just remember to place the rationale and licensing on it. Also do you think you can crop out the subs and get a higher quality version of this photo?  Iam...JakuhoRaikoben  05:42,5/24/2011

If you tag them for deletion you type {{Delete}} on the file name and when I check the delete category it lets me know that I need to delete the duplicate image.  Iam...JakuhoRaikoben  15:24,5/24/2011

Hey, I need some more of those profile pics that you got me for Team Natsu and the others. Sorry, it's a lot of them, but i'm in no hurry. I need one of...

Sorry to bother you, but can you get me pictures of all the Magic Council members, I think they can be found in Episode 1 and right before the firing of Etherion. If possible, all around the same size, because I plan to use them for the character pages.  Iam...JakuhoRaikoben  23:09,6/4/2011

Hey, just a heads up. At 10pm pacific time for a few hours, you will not be able to upload images because Wikia is fixing a major bug with images. I think they're fixing the "Upload a New Version Of This File" Problem.  Iam...JakuhoRaikoben  20:44,5/24/2011

Yeah, I know. I burn them sometimes because it makes some images look clearer. Although other images just look stupid with it (with the weird colors and all). I noticed the weird colors after uploading them. So, yeah, sorry about that. Thanks for replacing them though.

Hmm..... do you think that if I gave you the exact episode, and told you exactly which members I wanted that you could get the pictures, or are the pictures impossible to get no matter what?  Iam...JakuhoRaikoben  23:37,6/5/2011

I have some good news, according to Wiki, the image re-uploading bug should be fixed. Just clear your browsers cache if the image doesn't appear. (View the page here for info on how to do that). This means when you are replacing images you can just hit the upload a new version of this file feature, instead of uploading an entirely new file which will save me some work so I won't have to delete it.  Iam...JakuhoRaikoben  20:15,6/10/2011

When you have the time can you upload a new version of this picture. The current version is from an opening, and I would like this picture replaced with the actual scene that happened this episode.(episode 83) Thanks.

Yes, that's exactly what I meant.

Hi. Just want to ask what you do to get the images? I normally use GIMP but I have Photoshop. The only problem is that I don't really know how to use it. Can you tell me what you do?   B

What exactly do you do? (Sorry, really new to photoshop)   B

Due to your inactivity, you have been excommunicated from the Fight Summary Guild. You can use this badge:

Retrieved from "https://fairytail.fandom.com/wiki/User_talk:Yuzan332?oldid=966672"
Community content is available under CC-BY-SA unless otherwise noted.