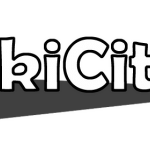 Good Day, the reason why your edits have been undone is mainly because you are not following this wiki's format and policies found here, you are changing the whole page's format all on your own without talking to the admins or the other editors, you also added subjective trivias that has nothing to do with fairy tail such as comparing one character to a sonic the hedgehog villain, you put categories on various pages on your own without learning or understanding how this wiki do stuffs, this wiki is an english fairy tail wiki not the fairy tail english dub wiki, informations added are based on the official english translation and the raws so terms and names from the dub is not added since its just a made up term from the dub rather than the official names and terms made by the series and mashima himself.

Keep in mind the first time you made your edit you never reached out to any of the admins or other active users, you just do stuffs on your own without learning or making an effort to know why your edits have been undone, in the end you kept editing the wiki disregarding the rules and format ending with you edit warring in the wiki instead of talking to the people who have been in this wiki for a long time, an admin saw what you did mainly editing on your own without making an effort to work with the rest of the editors so they gave you a temporary ban to help you cool off and hopefully realize that this is a group wiki and not your personal wiki that everything you do is what should be followed.

I appreciate if you want to edit the wiki but atleast make an effort to talk to the editors so they can help you out coz keep in mind this wiki has been active for a very long time so written and unwritten rules and format has been established for a reason, If a major changes is needed to be made a discussion is required to be made and possibly a majority vote is also needed, this is a wiki made by a lot of people so keep in mind to be more open minded and if you really insist on making edits all on your own i think there are other fairy tail wikis who would appreciate your contributions or better yet you can make your own wiki too if you want that you don't have to follow other people's rules.

So hopefully you'll get a bit more understanding on why your edits are being undone, i honestly like some of your edits that's why i even implement them with the rest of the similar existing pages, but most of your edits just messes up the page's format based on your subjective decisions such as deleting parts of the page or editing the page leading to have an inconsistent format compared to the rest of the wiki.LightningGeist

Good day, I had to revert your edits coz they are speculative and never did it say they are a form of power stealing, the power stealing magic literally steals away other people's magic, but compared to copy magic, mimic and magical drain their overall effect is just to duplicate the magic of others and never take it away from them and never did they lose their ability to use that said magic. As for obra's ability it wasn't a form of magic since it literally just make the Magic Power of its target into zero in an instant and never was it mentioned that it was a form of magic or it stole wendy's and Lucy's Magic.LightningGeist

Good day, I had to remove your edits to the nullification page since you kept adding obra's ability that sucks out magical energy into the magic variation when it was never mentioned confirmed that they are a form of magic and they never nullify magic in the first place.

As for the other magic pages like dispel & anti-link i was informed by the admin that only the main and general magic page will have the variation list to show that there are similar pages like them but not the other way around and expanding on magic pages should now need to be discussed, if you want to update it feel free to open up a discussion on the talkpage.

As for the grimoire law and fairy law, the official sources called them as deterrent magic in a sense that they are describing the magic as a deterrent since it is a scary and powerful magic, they are not saying that the term "Deterrent Magic" exist and fairy law and grimoire law are a form of it. I think its best to open up a discussion to get what the others think. Also adding uncertain or speculative descriptions on the magic is not allowed since they are speculative or unsure and we mainly add confirmed information from the manga and other official sources.

I really hope you are reading all of these since you kept doing everything you want while ignoring everything we are trying to teach you.LightningGeist

I've been trying to help you with your edits, but unfortunately majority of them doesnt fit this wiki's format and rules, a lot of your edits even contradicts the canon information from the official manga and anime itself. I've left you a lot of messages in this page which i doubt that you even read them since you never changed your way of editing, the other editors and the admin doesnt hate you, we want people to be a team player and help the wiki but you end up ignoring everything and just do whatever you want.

Just recently you tried expanding the magic variations most of which aren't even related or adding magic under spells or adding objects or abilities as a variation of magic which obviously doesnt fit the format of this wiki. Also there is this page where editors checks when editing the wiki and that includes leaving messages and reasoning for the changes in there aside from leaving a message to your talkpage.

Just read all of my messages in this page, I gave you the link of the format this wiki uses and many more, a lot of the other editors learned to be a part of the wiki especially when every wiki has their own format and rules. LightningGeist

Hi, sorry, but you've been blocked for a month for continuously violating policy with your edits despite multiple warnings. You can still edit your talk page if you would like, however if you'd like to communicate a message. 夢Iam...  黒  JakuhōRaikōben死05:25,1/25/2019

I believe Weakness is not under Nullification Magic since Nullification Magic literally nullifies magic as its core purpose but weakness is a magic that creates machines which just so happen to be able to do multiple effects, Weakness Creation is just one of its spell where it creates the opposite weakness of a specific magic, while Super Long Distance Anti-Material Magic Cannon & Railgun has nothing to do with nullification of magic.

On the other hand Rules of the Area seems to be more close to Nullification Magic while having a bit more requirements than outright nullifying magic so i think that could be added under Nullification Magic but ima check with someone else that way there's more of us who agrees. LightningGeist

As for Celestial Spirit Magic, Mind Control, Ice Lock and Ice Slave being under Human Subordination Magic, I would have to disagree, Human Subordination Magic is a magic to influence and summon humans, Celestial Spirit Magic is a magic where the user makes a contract with a spirit and summons them & they should have an agreement for the contract to take effect, even though they both summon beings they are still different since their requirements and who they summon are not the same.

But just to be sure i will also talk to another user to get more ideas about it.LightningGeist

Retrieved from "https://fairytail.fandom.com/wiki/User_talk:Wikiafanatic25618?oldid=988591"
Community content is available under CC-BY-SA unless otherwise noted.