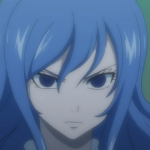 Workin' on my talkpage

Again, follow our Images Policies!. This is your secound warning. Next time you shall be blocked, which i prefer not to do. If you need any assistance look at the first message on your talkpage, or you can ask questions on mine. Thanks. talk  Garyness  15:08, March 25, 2012 (UTC)

Hey ^_^ Well it depends on what kind of software you use and what you have available. For example I use the KMPlayer to screenshot each frame and then I put it together in Photoshop.

as far as I know, no. Sorry

Your profile is now unlocked, so you can now remove and change whatever you have in your user page right now. Just letting you know.

I get what you're saying. I just think it's better to leave them as unnamed Magics since people might think they're officially named if they see we've adopted a spell name as their title. And I think that's the case as well (for Hoteye's Magic). I'll give it a look over. ^___^ 夢Iam...  黒  JakuhōRaikōben死 04:05,8/2/2015

Retrieved from "https://fairytail.fandom.com/wiki/User_talk:ShinShinTo?oldid=831272"
Community content is available under CC-BY-SA unless otherwise noted.