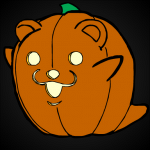 Hi, welcome to Fairy Tail Wiki! Thanks for your edit to the Wally Buchanan page.

Thanks! I hope I never see you again. Relikz 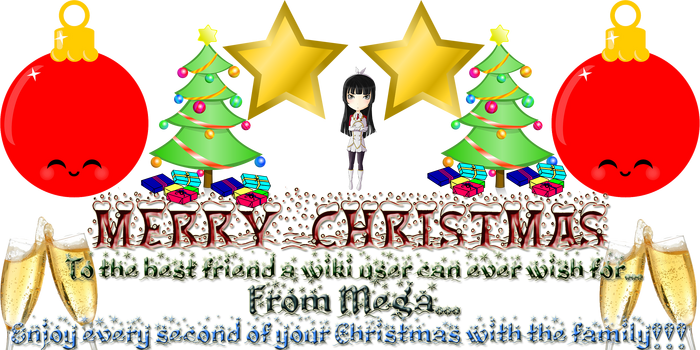 A Very Merry Happy Christmas to you (*^*)

Thanks for all the support till now. 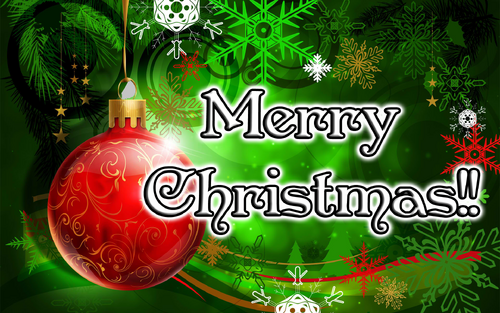 It's okay, lol. Nobody usually talks to me at all, let alone in PM, unless something was wrong, aha MiscyTalk to me

I don't know. .-. No. Sorry, one of the people we needed for the play has been away for AGES D: And then we went on holidays. But, we're hoping to do it this month. I'll let you know if we upload it! :D MiscyTalk to me

So yeah. Hahaha. Hello. :D For some reason that I really don't know, FTWiki's working fine, but the chat isn't. What. Is. Agony.

*Cleans throat. Assumes Royalty*
It was merely yesterday that my dear friend SeaTerror was a mindless and annoying contributor.
http://i39.photobucket.com/albums/e154/MarkADouglas/Gifs/427359575_s.gif
Yes, Mega is proud. :)

I could see that. And please, stop talking about it. I don't want any of my friends in here, bad-mouthing and bickering with each other. I would appreciate it if you would share me stories on what happened to you while I was gone.

Your way of thinking is so twisted!

Well, yes, in your opinion.

Why don't you try looking at the positive side of life, ST?

Come back here, you King of Gloom!

I said, whatever. Is that hard to comprehend?

Mwuahaha! Choko is being evil!

You have to hate evil!

By now you should know that you can't upload a .png file over a .jpg file. Also, it was not the same image, Sea Terror, as Galaxy pointed out, the .jpg file looked a bit blurry, so a non-blurry one was uploaded: with the format being .png.

Silly Sea Terror. When you revert an image, it appears as though you were the one who uploaded the image. When Galaxy uploaded the new version of "Bora gives Natsu his autograph," Ish's version remained. As such, I reverted it back to Ish's higher quality one. Basically, what I did was revert the file back to Ish's image, and cleared the stack afterwards; with me coming out as the uploader, since I reverted the image. Not reuploaded, but reverted. Still pondering?

I don't mean to be rude, Sea Terror, but if images are not your forte, I suggest you acquire more information before questioning someone about images, specially if they are users that belong to the image guild. First, you asked me about why I reuploaded the picture back to Ish's, in other words, reverted. Okay, I explained that to you. However, now you are telling me that everyone will assume I uploaded the image originally because I cleared the stack. Well, let me put this in simple terms for you. We did not create the category Needs Stacks Cleared just for show, it has a purpose. We clear the stack here. Do you need me to go to chat and explain this to you. Apparently, you don't seem to know much about the way images are handled here...

Obviously, trying to explain this to you will be a waste of time. But I don't have anything to do right now, so I'll be nice enough to waste some free time on this small issue.

Want to do me a small favor and go through all of the chapter pages and the characters' image galleries and let me know if you don't see any Manga (black and white) images. "I showed you exactly how that would be wrong." I don't get it... all you're doing is arguing about a lost cause, this wiki has always operated like this. For how long have been here, watching us clear the stack? If the "I showed you exactly how that would be wrong." is directed at what you said about confusing the people on who uploaded a picture first, then I'll tell you now that we only look for what image looks best, not who is the original uploader. That would be just stupid... How many edits has the Natsu page had, and who has made an edit to that page? Does that mean we can never edit the Natsu page because it was already edited by someone? Nope. Why are you suddenly asking me about it now? :P Also... Why do you keep on changing your messages...? You ask one thing, and when you get the answer, you try to change it to some other different thing.

Most of the editors on our site are newer editors and I seriously doubt they are using MB (especially considering how bad MB looks on our wiki). In addition, all viewers who don't edit wikia will see Oasis by default. It's not a perfect science (obviously) but I'm more than comfortable with it. And you want to know something else? Even if by some chance 99.99999% of our users used MB and I didn't know, it wouldn't matter at all because Oasis is still default on the site and is my only priority.   ✦Rai✦  ✦Talk✦     20:36,3/20/2013

Hey Terror! (: Just letting you know that we did the dance today.. People seemed to like it, lol. I'll try and get a copy of the dance, and talk to the others about uploading it to YouTube, so I can show you... If you want.. MiscyTalk to me

Meh.. One person didn't show up, so we had to waste so much time re-making the dance... And I had to do the whole "Thanks for coming, welcome, blah blah blah" at the beginning of whole afternoon tea thingy. >:/ MiscyTalk to me

Oh, yea, well it was a community afternoon tea/get together. We made snacks, and the whole afternoon was just for us to show people what we've been learning in jy (Youth group). But yea... MiscyTalk to me

I saw. Why the heck you linked a pornographic image on chat in the first place, you know that that would lead you on trouble, right? But under it, you claimed that you didn't. Mind telling me what really happened? And yes, you're now stuck inside the Master Ball I just used. You're my Pokemon now.
Choko Kuguza No Tobira ♔ 19:06, 7/28/2013

So that's the reason why you took too long to come back.. Anyway, I am going to sleep now. I have job interview later, so wish me luck. I will let you know what happened, later. Okay? Be a good boy and stay inside your Pokeball. See you later, and good night.
Choko Kuguza No Tobira ♔ 21:09, 7/28/2013

Oh, so that's why you've been gone unto FT chat :P. Okie, just be careful next time and don't troll too much. XD Arvee100smart

I'm gathering opinions on spells in my sandbox. Could you drop by and add your support and/or opposition (just put it under the Spells section of my talk page if you don't mind)? I hope this doesn't seem spammy~The Wallflower~

Okay, give me a little bit to talk it over with Wrath and make sure there's nothing else to the story that I'm missing (as you mentioned, I'm not normally on chat). I'll let you know what's up soon (shouldn't take long). 夢Iam...  黒  JakuhōRaikōben死21:18,3/17/2015

Hello, ST. After a less-than hearty chat with Rai, it has been decided that your ban will remain in effect. Take care.
Wrath

Hi, as Wrath already mentioned, the current ban will stay in place because I was informed by multiple chat users that you disturb chat constantly for the sake of disturbing chat. And since I'm not a frequent user of chat and since there were several users who corroborated this, I'm inclined to believe them. 夢Iam...  黒  JakuhōRaikōben死04:20,3/18/2015

I'm sorry. Maybe "argument" was the wrong word. But we've had this conversation before, and you fought me the entire way through it on the grounds that there is no rule for "chat disruption" (which is a lie, by the way). It is your attitude, SeaTerror. People are reluctant to talk when you are in chat. You ostracize and attack people for having, god forbid, an opinion that may contradict your own, which you seem to hold in divine light. When you insult the wiki, and therefore insult all the editors on it for using a word you don't think "fits" (which by the way, started an argument. I was there watching, and briefly talked during said occurrence), and then try and argue up a point as to why we should use different colored infoboxes because you think it should be that way, or why the word "summary" is wrong because Gray appears in about 400 chapters and for some reason, an account of 400 chapters in brief detail is somehow not a "summary", I am failing to see where you are not at fault here. Time and time again you come onto that chat and do nothing but stir trouble. Users have backed up my claims, and Rai trusts the word of several users over one with a documented history of conflict. This conversation is now over. See you in one month.
Wrath

When situations like this are brought to me, I can only go by the information I am given. Several users whom I trust implicitly have informed me of your chat behavior, and even though I can't speak to it personally as I'm not a frequent user of chat, I can't just ignore what I'm told. Your block summary says you were "arguing" and that may have been the wrong word to use, but issues with the semantics of a block summary don't invalidate blocks. I'm really sorry, but the ban stands as it is. 夢Iam...  黒  JakuhōRaikōben死23:24,3/18/2015

Retrieved from "https://fairytail.fandom.com/wiki/User_talk:SeaTerror?oldid=786114"
Community content is available under CC-BY-SA unless otherwise noted.