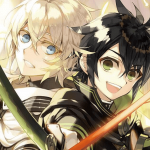 Good Day S3r0-Ph1i, Mentioning wiki milestones on specific pages has nothing to do the fairy tail series itself that is why we never do those kind of things, similar to how we never mention if a certain page was the 1000th, 2000th or 3000th page created within the wiki. LightningGeist

Unfortunately, all of your edits in Freed's page violates this wikis multiple policies, does not fit this wiki's established format and unwritten rules, as seen here https://fairytail.wikia.com/wiki/Fairy_Tail_Wiki:Policy, Summaries should be edited in in an in-universe perspective so mentioning the anime is not allowed, it should be in present tense, and in a uniform format with the overall wiki so mentioning the color as flourescent green is not needed since the info should be simplified expecially when the anime tend to change the shade of the colors differently, appearance should only mention what they look like in their default setting so mentioning any changes when they use magic is not needed since the changes were caused by the magic itself and it is not what they normally look like, the part that mentions his overall clothes resembles clothes from enlightenment period is not needed to be placed in the trivia since the trivia dedicated to freed himself and it being mentioned in the appearance section make sense since that section is about his apearance and as a pint of comparison for the readers, using the span tag on pages were not needed so adding them is unneeded, deleting information on your own also violates this wiki's policies, since the page needs to be simplified, expanding one word into a long sentence is not needed since a neutral and simplified edits are needed to provide an unbiased summary on all the pages, linking to battle pages from the summaries were not done since there is already a section dedicated to the fights within the page, so having a link to the battles from the summary and having it listed in the Battles & Events is redundant, This is freed's page so the focus of the sumary is freed that is why the page should be simplified and mentioning other character's perspective and actions not involving him is unneeded. Lastly, his interaction with everyone should be mentioned in a neutral way since a lot of editors tend to interpret certain interactions based on who they ship, making certain edits end up being very expanded, subjective and fanboyish that makes its not in line with the wiki's overall format, so in the end if your edits were reverted back it will be the odd one out compared to all the pages within the wiki unless the whole format of the wiki is changed to fit freed's page, that is why it was unfortunately undone. Feel free to talk to an admin to know more or for a second opinion. LightningGeist

I actually look forward for more people to contribute to the wiki, unfortunately i can only undo edits that does not fit with this wiki's format as a whole or maintain it as i can. Keep in mind changing the format of this wiki needs the approval of the admins and the other members through a vote, so we cant decide whats better on our own, like i said if we changed freed's page format then it needs to be implemented throughout the wiki for uniformity if not then changing the format should no longer be done for the sake of a single page and i appreciate that you're willing to contribute to this wiki especially since you're an admin of other existing wikis, I personally don't mind helping other peoples edit as a joint effort, unfortunately i can't do that now due to personal reasons, I would suggest to bring it up with the admins so they can personally coordinate with you and polish everything especially since they've been around and encountered and overseen various discussions and changes that has been decided by everyone in the wiki. Since the anime and manga has ended a lot of users are focused on other stuffs and it's very likely that they will be active again once the anime has been released so at the moment i can only suggest for you to talk to an admin and discuss your proposed changes with them or save your edits on your page that way all the changes will still be there and the admins can check it before implementing them. LightningGeist

You can expand on freed's appearance for now, that way you can finish your edits one step at a time, as for appearance changes caused by activating magic, it is normally included in the magic's main page like this since without the specific magic such changes in appearance will never happen in the first place so if you want to expand on those changes feel free to add it in the specific magic or spell pages so no need to do the same on the user's magic section since their magics section only needs specific description on how they use the magic, make sure to add references if the existing reference has nothing to do with the newly added information.

Lastly i believe the reason why an out of universe information are added to freed's appearance section is because various characters throughout the wiki were easily described by comparing their unique appearance to an out of universe clothing, like in juvia's appearance section where it mentioned her former appearance having a teru teru bōzu and currently a Russian Cossack hat, bickslow having a metal visor reminiscent of a medieval sallet & erza's armors among others, it became part of the appearance section for the sake of comparison & was never added the trivia section since like i said the trivia section is mainly about the character itself not their equipments or clothing.

As for the DVD changes i honestly believe such changes is not a priority at this moment since with a very few capable editors we are much more focused on the current manga & upcoming anime, after that the next priority is updating and finishing the pending to do list for the whole wiki, so making a page per dvd volume is not needed especially when the Episodes page already has all the episodes and volumes listed, I also think such thing will end up overhauling the episode page and would need the decision of everyone since compared to the seraph of the end, this anime as a lot of episodes & volumes and more are about to be released this october, and once it is implemented it would also be a good thing if an editor has physical access to those volumes for the sake of accuracy but for now there are other things that needs to be done first. LightningGeist

Good Day S3r0-Ph1i, after double checking yes the post you were referring to was deleted but it seems to have happened due to the Discussions forum being buggy because the user who created the thread started spamming multiple posts recently so the system by default deleted their most recent posts, unfortunately since the feature is still new we have no choice but to restore those threads that are not supposed to be deleted, so i have restored the thread for now, also there are other common problems with the discussion forum that people can experience such as not being able to login, not being able to post and so on, even me one of the moderators tend to be told that my account doesnt exist but it tends to get fixed on its own after some time. XD LightningGeist

Thanks, i will keep that in mind. XD LightningGeist

You're welcome and thanks, although i believe me being promoted was only temporary due to the need of certain stuffs that needs to be done in the wiki also if there are other wiki's that you manage who needs some affiliations feel free to leave us a message again. XD 15:47, March 1, 2019 (UTC)

Seraph of the End Affiliation

I've already added your wordmark to our affiliation list, feel free to do so on your end. Good luck and have fun editing. XD LightningGeist

I agree things are going well and hopefully things will keeps going like that. XD LightningGeist

Retrieved from "https://fairytail.fandom.com/wiki/User_talk:S3r0-Ph1i?oldid=989428"
Community content is available under CC-BY-SA unless otherwise noted.