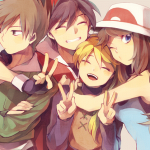 Failure to follow this policy may result in you being blocked. If you are still having trouble with images, please leave me a message on my talk page. I am more than happy to help. Thank you! -- God · Pray · 04:09,9/1/2015

Could you please stop adding incorrect info to the articles? It's definitely doing more harm than good.
Dragons aren't an affiliation. They're a species.
And just because a certain team doesn't appear after Grand Magic Games doesn't automatically mean it's disbanded and doesn't affiliate to the guild anymore. We don't know for certain, it's unknown, and until we're proven wrong, it remains as it is.
So please stop. Thank you! Dispelling

This is regarding the Mirajane Algeria edit How is it accurate to say that the Mirajane Alegria form is a result "of Mirajane consuming ALL the souls remaining in the aftermath of Fairy Tail's victory over Tartaros" when she has another form (Mirajane Seilah) that was also a result of their victory over Tartaros? By saying that Mirajane Alegria is a result of ALL the souls she consumed being combined, you are dismissing the fact that she also got Mirajane Seilah from consuming Seilah, which is a demon from Tartaros.

I may have made a bit premature edit <(_ _)>
Just leave your edits as they were for now :P Dispelling

Hi Rein ! How are you doing ? Just came by to ask: your profile picture, where is it from ?

Retrieved from "https://fairytail.fandom.com/wiki/User_talk:Reinhartmax?oldid=964711"
Community content is available under CC-BY-SA unless otherwise noted.