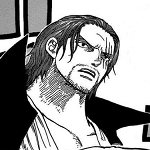 Hi, welcome to Fairy Tail Wiki! Thanks for your edit to the Aera page.

Well, I thought about that, but the main purpose of the Guild was to reference the pages of the site, so I decided against it. Iam...JakuhoRaikoben 18:38, March 12, 2011 (UTC)

Thanks, and here's what I typed on my talk page. Just press edit on your talk page, and the code for this box will show up, copy the code and replace my name with your name, and post it at the top of your talkpage. Also if you wish to change the color of it, I'll do that for you.  Iam...JakuhoRaikoben  12:43, March 13, 2011 (UTC)

I most definetely will. As of right now I am just trying to get the more visited pages(i.e Natsu) first. But I plan to make sure all the pages are referenced. If you wish to join the guild or learn how to do references I would be happy to help you.  Iam...JakuhoRaikoben  22:09, March 22, 2011 (UTC)

We already have a chapter navigation I believe. For some reason they added the navigation onto the chapter infobox instead of the bottom of the page, thanks for creating one though.  Iam...JakuhoRaikoben    20:57, April 14, 2011 (UTC)

Thanks! I'm really not that great with grammar, since its not my best subject.. But advance thanks for correcting my mistakes.. BTW, great banners.. Lorcy 23:13, April 14, 2011 (UTC)

Yes, go to bleachexile.com and go to their manga reader and they have every chapter of Fairy Tail on their site. They also have many other mangas. Hope this helps.-- Iam...JakuhoRaikoben    12:26, April 15, 2011 (UTC)

Hey just a heads up about your tabs, the tab template that you pasted on the first page should be copied and pasted to all of your tabbed pages so that someone viewing your userpage can navigate back and forth with them no matter which tab they are viewing.  Iam...JakuhoRaikoben  13:21, 4/17/11

Never mind, I see you were reporting the user, but why did you add it to his userpage the first time before undoing your revision?  Iam...JakuhoRaikoben  13:25,4/24/2011

Alright, I was just wondering since it had your name there on the wiki activity. Though I admit I did find it odd that you added it then reported it.  Iam...JakuhoRaikoben  23:11,4/24/2011

Yeah I thought about it, and personally I'm against them. They can help the wiki by encouraging users, but as you said they also encourage users to edit simply for the purpose of getting the badges. In addition they tend to be kind of annoying when they pop up for every little thing that's done on the wiki. I like the idea of awarding users for their hard work, but I think the badges system isn't quite the right way to do it.  Iam...JakuhoRaikoben  21:39,5/12/2011

Yeah, Community Central Wiki does tend to add unwanted things to the wiki, but they add those badges and top wikis automatically to the newer wikis and wikis that request them, but older wikis (such as this one) don't have them on their site unless they specifically request them.  Iam...JakuhoRaikoben  03:29,5/13/2011

Nothing much, there aren't much vandilizers though Endou finally appeared (yep...after 10 years later) in Inazuma Eleven GO. You should check the whole photo of the game design of everyone 10 years after. It's in Genda Koujiro's blog of Summaries of Upcoming Episodes. --AdventureWriter28 (Talk Page) (Edit Count) 13:33, June 17, 2011 (UTC)

But still, I loved how IE ended. IT WAS AWESOME Everyone happy, Endou found Daisuke, IJ won the FFI. I am actually sad that we won't be seeing any more of Gouenji action. Actually, IE was the show that inspired me to take soccer classes... –  Natsu11  13:51, June 17, 2011 (UTC)

Actually Gouenji has a game design (10 years after along with most characters of IJ and Raimon) Like i said check out the photo :) Gouenji is there :) That's why there is a possibility of some old characters showing up :) --AdventureWriter28 (Talk Page) (Edit Count) 13:58, June 17, 2011 (UTC)

Sorry for the late reply, my laptop is broken and i'm sorry to see you go, I wish you the best. Also, though I don't edit the Avatar Wiki I visit there frequently, and I noticed that you have gotten rollbaack status. Congradulations.  Iam...JakuhoRaikoben  23:00,6/18/2011

Oh, cool. I am kinda on the way to get adminship on Avatar Answers Wiki after some major cleaning as that wiki is nothing compared to FTAW (kudos to you). I also got habit of answering on your own talk page after seeing some guys like Godisme. And I also see from where you got the idea for the Visitor temp, the image uploading thing etc... But can I give you a suggestion? I know the js for automatically updating the Special:WikiActivity. See AW's, if you want, I can give you the code or you can ask The 888th Avatar (the sole actuve 'crat there). :) –  Natsu11  03:00, June 19, 2011 (UTC)

Great, once you get the admin status you can clean up even better. And your answers wiki actually looks good to me. Yep, I get alot of the things I implement on my wiki from the Bleach Wiki. I also have seen alot of things on the Avatar wiki that I'd like to implement here when I have the time. Yes, if you would give that to me i'd be most appreciative. I personally use Recent Changes a bit more than Wiki Activity now, but I still switch over to WA very often and having it auto refresh would be extremely helpful.  Iam...JakuhoRaikoben  03:10,6/19/2011

This is what I put in my global js to refresh every wiki I visit. Recent Changes is better than Wiki Activity when you need to rollback it and sometimes Recent changes has some problems. You might also want to add a clock above the "Random Page" and "Wiki Activity" button on the top right side of the page. I will be a UTC one and will help you determine when someone has to meet on chat (or IRC) on wikis. If you want any help, just ask me. Hope this helps. :) –  Natsu11  03:18, June 19, 2011 (UTC)

What are you referring to? Also, I had been thinking of using A-Class Articles for a while. I will set it up soon, but first I have to make a few more articles A-Class. At the moment the only A-Class Articles are most of the spell pages, a few of the Magic pages, and Mirajane's, Doranbolt's Ikaruga's, and a few minor characters pages. And yes, I activated the new feature.  Iam...JakuhoRaikoben  14:20,6/22/2011

Natsu's page is unfortunately not yet ready, and Lucy's definitely isn't. I'm currently working on Natsu's and when I finish I will likely feature his. And I got the idea for our Main Page from the Charmed Wiki's Main Page, with the exception of the Character Portals which I got from the True Blood Wiki.  Iam...JakuhoRaikoben  15:42,6/22/2011

You might also want to make a small council which decides all these things and User Groups. They are awesome for wikis who need some betterment. They are like the Ref Guild and Fight Summary Guild. –  Natsu11  15:46, June 22, 2011 (UTC)

At the moment, there are only a few users on the wiki who I trust enough to handle a task like that, so i'd probably just decide the A-Class articles myself for the time being, and eventually let the Policy & Standards Council handle it once I promoted enough users to it.  Iam...JakuhoRaikoben  15:57,6/22/2011

Few things, we use <references /> since at one point our references were messing up and appearing in the articles and staff suspected that it was because we were using a template inside a template so we went through all the articles and replaced {{reflist}} with <references />, but it turns out that the template inside the template wasn't the problem, it was supposedly the RTE. So we just decided to stick with <references /> instead of wasting time by readding {{reflist}}, since they did the same thing. Also about the size of the references, we already have a code in CSS to decrease the size of them, but I do agree that they should be even smaller, so I'll go edit the code that we already have in CSS to make it smaller. Thanks for the suggestions.  Iam...JakuhoRaikoben  02:30,7/23/2011

Hi. Just want to let you know that you can post this badge in your user page since you are a previous member of the Fight Summary Guild.

Sorry, my computer is slightly going haywire but I corrected it.   B

Hey! I haven't talked to you in a while! Anyway, don delete spaces in the templates because they are there for easier reading

It looks ORGANIZED. and it's not like it affects the template in any way.

Why? Are you jewish?

Then just have a Happy new Year!

Retrieved from "https://fairytail.fandom.com/wiki/User_talk:Natsu11?oldid=248377"
Community content is available under CC-BY-SA unless otherwise noted.