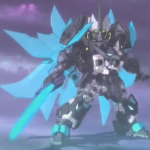 I disagree. While the current one does make him goofy-looking, the proposal's quality is unsatisfactory. Thus I think it'd the best if we just keep the image as it is. Shouldn't pay much attention to minor characters like him. They appeared 1 or 2 times at the beginning and that's it. Mashima clearly forgot/doesn't care, so we shouldn't really either, especially if we already have a somewhat HD image of him. As such, as the image you sent me is unneeded, it'll have to be deleted soon.

In short, thank you for your suggestion as you do consider for the better of this wiki, but the image is really unnecessary for multiple reasons I mentioned above. Have a nice day!
Dispelling

I would like to remind you that fan made images or analysis is not considered as a reliable source. It was officially said from the official sources that all of the magic council members were removed except for Org. There was also no timeskip that happened after the magic council was replaced so saying that leiji and the character that look like him is the same person would be speculative, it's possible that the person is just a relative of leiji that's why they look similar but since the official sources never pointed it out all we can do is to refer to it as an unnamed council member and that's it. Thank you for understanding and have a nice day. LightningGeist

Yes, but it doesnt mean anything since the image itself is not officially published from the official fairy tail sources such as the fairy tail manga, fairy tail magazine or mashima himself especially since you never mention where it was taken from and therefore making it unreliable or fan made. LightningGeist

no, it was taken by official settei anime art, search, Fairy tail settei and try to search Babaraki fairy tail, you will find sites like tv tropes my anime list, anime planet, all saying that, some character names are revealed on the anime titles episode in the credits....--MASTER 12:12, July 14, 2020 (UTC)

While that may be the case, even on tvtropes it states the ambiguity on whether the both are the same person or not. We just have that the second guy was given the name Leiji by the anime staff probably.

Retrieved from "https://fairytail.fandom.com/wiki/User_talk:Masterchristian?oldid=1014399"
Community content is available under CC-BY-SA unless otherwise noted.