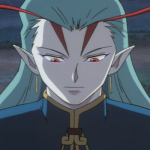 I never said we referenced them, what I mean by "source" is that it has to be official. Our translator, ChaosKnight , usually makes sure they are for us. Official means they come from an official source of Fairy Tail and they were not translated by a random fan. The OS part is fine obviously, but the reborn part is my issue. I need an official source for the "reborn" part of the OS or it can't stay on the page.   ✦Rai✦  ✦Talk✦     03:17,7/22/2012

Everything seems to be correct... Jk. I know nothing about the Japanese language. :P But, the title of the episode is indeed "Reborn Oracion Seis Appears" and you do seem to know what you are talking about so I believe you. I'll re-add it. Thanks so much for your patience. And I'm not quite sure to be honest. I believe their is a statistics page somewhere on the site that tells that but I'm really not sure.   ✦Rai✦  ✦Talk✦     03:52,7/22/2012

Hello I'm Youske. You can call me Youtube or You-chan. I make support badges if you want request one or more just leave a message on my talk page or on Tutles ' blog..!

Ah, I see. The reason the edit summary is needed is because it informs the rest of us why exactly it was removed without us having to leave a message on your talk page. But thanks for removing it and thanks for clearing that up for me. :)   ✦Rai✦  ✦Talk✦     03:12,8/3/2012

I agree that the badge image should be changed, but Lahar's a boring character and since he and Doranbolt share pretty much same rank if I'm not mistaken, and since Doranbolt played, and still plays, a bigger role in the story than Lahar does, I think he'd be more appropriate. For those same reasons, I think he's better suited for an award to be named after him. To answer your question, the talk page isn't the right place for that at the moment since there are nominations going on. I'd use a forum instead.   ✦Rai✦  ✦Talk✦     04:06,8/3/2012

No prob. I will put some of them.... Ishthak

It just simply isn't needed. If people want to know more, that what the link to wikipedia is there for. Relikz

That job has been handled already, sorry.

After consulting my right hand man, I came to the conclusion that what you said is true. Care to give me an example of which sections will need your help, to make sure that your reward suits your efforts?

Sigh, you're not making it easy for me. Would you like to suggest a suitable reward, keeping in mind what the reward for the "first" check of the page was?

I wasn't patronizing you and I'm sincerely sorry if it sounded like that, but your attitude, as of now, is pissing me off. It's past 1 AM here, so that might as well be my fault, but still. We'll discuss it tomorrow.

Well, since I was offended too, I guess that makes us even.

My answer wasn't meant to be offensive. What I meant by "examples" were some gramatically incorrect sentences that I'd assumed you'd found checking the article, and which prompted you to ask it as a job despite it having been handled once. The "Sigh ans stuff" part were merely added to make for a longer and more articulate message, they weren't meant to show contempt or anything.

That image shows kneeling, which the original manga image that was there showed and which that image shows. Just because the anime added in a scene before that means nothing. The caption you put didn't fit as well as what was already there, ergo, it was reverted. Also, if I would have reverted your change in word choice for Natsu intentionally, I would have put an edit summary to say so. I undid your edit because of the Ultear wording and didn't notice your change to the Natsu image's caption below. I don't do "petty" things.   ✦Rai✦  ✦Talk✦     22:47,8/8/2012

Well, despite happening in different ways, the images end up showing the exact same thing. So, in the meantime, we'll leave it as the current caption and I'll go find an anime image that fits. And as I said earlier, in case you haven't noticed by now, I did not notice the Natsu edit, if I would have, then I wouldn't have just undid the entire edit. I've been an admin for a long time, I'm well aware that you shouldn't remove acceptable material.   ✦Rai✦  ✦Talk✦     23:07,8/8/2012

I understand where you are coming from but all I am trying to say is that it's not that I've gotten so complacent with reverting edits that I don't check them all over before reverting, it's that I generally made an honest mistake that I would likely never make. O, and there's no need to worry about "getting past this" or anything of that nature. We argue and bitch at each other on this site all the time, no one ever takes it personally. This especially applies to me. I take what I wrote on #8 (there's a quiz on my profile, I'm referring to question number 8) to heart.   ✦Rai✦  ✦Talk✦     02:36,8/9/2012

I don't get what you are asking. You mean to link to the category or two add a category to a page? Relikz

I would really love for them to have their own page, but the Lacrima page would be a stub if we were to move that from that page. And hmmm... in my experience, if it looks like a duck, walks like a duck, quacks like a duck, then it's a duck. But, since occasionally you'll have that random man dressed up like a duck trying to trick people, I wouldn't list it.   ✦Rai✦  ✦Talk✦     04:51,8/11/2012

I know, but that would defeat the purpose of the pages if everything they needed to know about the Lacrima was listed on that page. Unless you plan to shorten the descriptions and add the links? If so, then that's fine as long as the list comes down below the infobox. And as long as the new pages are all referenced.   ✦Rai✦  ✦Talk✦     05:04,8/11/2012

I had a conversation with ChaosKnight regarding the translation you asked about.

According to Chaos, in the manga, this is how Brain said it:

Chaos said it only had the manga with it at that time. If you require an anime translation, you'll have to ask on its talk page.

It doesn't wanna work for me

The problem has been resolved.

Report it to the Admins. Every time you log into the chat, you always start something. I don't really block people for arguments, but you do it on a daily basis. It was annoying the people in chat and they asked my to please ban you (Pm and public). So what if Umnei does something to maintain himself, or for other reasons I do not know. It still doesn't give you the right to call him names, right? Arguing with someone is one thing, but calling people names is another. 2 hours is nothing for what people were asking. Suzu, if you keep arguing with people constantly, they will get tired of it and take action. The ban will stay for 2 hours, I don't care if you get mad at me or if you will hate me. But STOP ARGUING SO FREAKING MUCH <---No emoticons. That means I'm serious.

I'm currently looking into the case, so for now, I will not lift the ban. Relikz

Easy. It is called screenshots. I'm not listening to any side, I'm just looking at the evidence. Relikz

Ok then. I have looked at the screenshots but since you want to defend your case, I will allow it. Go ahead. Relikz

I'm sorry but no. You are well aware of the rules and you wouldn't have needed a warning. I won't allow you to defend your case in chat because as we all know, there is now way to go back and read. Do it in my talk page, where it can be archived and then I can also ask everyone who was there about what happened. Relikz

ok. well your case is "Suzaku banned from chat for fighting and insulting people, especially Ummi. Nobody cares about Rem XD". I'm kinda in the middle right now as I haven't seen anything too bad. Anyway, I got to go right now so until I return tomorrow you can think about how you will defend your case. I might let you back in chat in order to do so. Good night!!!! Relikz

Retrieved from "https://fairytail.fandom.com/wiki/User_talk:Lord_Hy%C5%8Dga?oldid=380099"
Community content is available under CC-BY-SA unless otherwise noted.