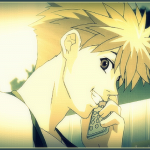 It's written and illustrated by Mashima though, so shouldn't it's chapters be given pages in the same sense that Omakes do? --Neffyarious (talk) 23:58, September 13, 2019 (UTC)

Although Hero's isn't precisely a Fairy Tail installment, it is still essentially "Rave x Fairy Tail x Edens Zero" much like Fairy Tail x Rave and Fairy Tail x The Seven Deadly Sins, drawn by Mashima that features Fairy Tail characters more or less exactly as we know them. For this reason, may we create separate character and chapter pages, as well as update those Rave Master character pages to feature their full names like Haru and Musica, since their full names are also featured in this series? SubZeroSilver (talk) 12:02, October 16, 2019 (UTC)

Hey, I was hoping that when you can, you can drop by the Space Between Time discussion thread to check out something I posted that is worth a read.--CNBA3 (talk) 06:01, October 28, 2019 (UTC)

Since pages are not being made for HERO'S, should we have interwiki links for the Edens Zero characters to the Edens Zero wiki, and for the new exclusive characters link to the Gaiden wiki? --Neffyarious (talk) 23:14, October 30, 2019 (UTC)

The omake chapter Concerned Lucy has been retitled Lucy's Lament in the official version of 100YQ Volume 2. Do we do this with titles or not? (On that note, there are no major translation differences in the preview available in Google Books beyond other titles, which have been updated.) SubZeroSilver (talk) 14:09, November 17, 2019 (UTC)

I don’t know if this is of good quality, but put down what you think or even discuss this with Misk to see if it’s good. 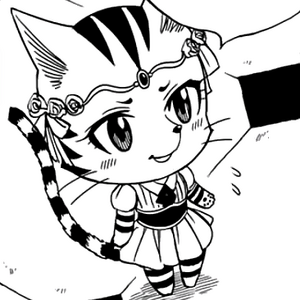 i got you bro, I'm still around just not often but I'll pop in every once in awhile. That game looks lit tbh, took long enough. That Lisanna eye magic edit you made wasn't right cause all mind washed followers can do that lol i'll make some edits soon --Ncduru 01:25, December 6, 2019 (UTC)

Retrieved from "https://fairytail.fandom.com/wiki/User_talk:LightningGeist?oldid=1006828"
Community content is available under CC-BY-SA unless otherwise noted.