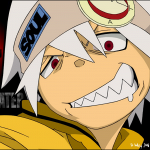 Welcome to Fairy Tail Wiki! Thanks for your edit to the Black Dragon page, and thanks for joining our community! There's a lot to do around here, so I hope you'll stay with us and make many more improvements.

Recent changes is a great first stop, because you can see what pages other people have been editing, and where you can help.

Questions? You can ask on the "discussion" page associated with each article, or post a message on my talk page!

Don't know what to do? We have many Projects on the wiki, like the Referencing Project and the Fight Summary Project, feel free to join and help out!

Here are some more pages you might find useful:

Sign your name in discussions by typing ~~~~, which automatically adds your signature and the date, so we know who's talking!

Hey there, welcome to the wiki. since you asked Raikoben what you could do in the wiki I just wanted to give you some suggestions. You can join any of the wiki's guilds or, as you have done already, create articles for some of the characters that need it and that are listed here. if there's anything I can help with, please let me know. XD

Also, I noticed that you are changing the unnamed character's profile name with "Unknown". Don't do that

No problem, and remember to use talk pages for discussions.

Well, that fight page was formerly Bj's but since he announced his inactivity yesterday, he left the job and I took it. I will update it soon, sorry for the inconvinience.

It shouldn't be TOO detailed since it's not meant to replace actually watching the episode. For more guidelines you can visit the Anime Summary Guild. And if you like writing episode summaries you can join the guild as well if you'd like.

You also have links to the guilds in the wiki navigation. See this just in case your unfamiliar with it.

Thanks, I'm happy to help anyone who wants to contribute to this wiki.

Well, you can join if you'd like BUT you can't add the images since each of the fights' images are chosen and put there by their creator (You can see the list in the "Fight Summaries on Watch" section. But, if you join you can choose to create and write the next fight that appears (either in the manga or in an anime filler) and add images to it.

Oh, yeah I had forgotten that he was going to be inactive for a month. Then you can go ahead, but make sure that you have read all the guidelines of the Fight Summary Guild.

Oh, and you can only add images to HIS fights.

Yes, I'll add your your name to the list right now.

There, welcome to the guild. if you have any questions, I'm all ears.

Well, the anime summary guild already has me and jay that regularly do jobs, while the manga summary guild only has bj, who is going to be innactive for about a month (or at least that's what he said). So, I recommend the manga summary guild so that chapters and episodes can both be improven and not only episodes. Also, you can just upload images from wherever you read manga and then ChaosKnight will change it for a raw one.

Also, if you still would like to finish that fight page you asked about earlier I would be happy to hand over to you.

Then go put your name on it before someone else does.

Don't use the "upload a new version of this file" to change an image from manga to anime as it's against image policy.

Sorry everyone, this is my fault. The image policy says not to, but I changed my mind about that. You guys can do it as long as there aren't any significant changes and as long as the chapter name isn't in the title.  Iam...JakuhōRaikōben  15:06,8/28/2011

I mean that the new style should be implemented on all character pages with fights as to keep our site consistent.  Iam...JakuhōRaikōben  02:25,8/29/2011

You know what, on second thought, we should just leave the fights as they are. It'll be too complicated to go on every characters pages and change them and the Celestial Spirits complicate it even further.  Iam...JakuhōRaikōben  02:41,8/29/2011

If you want to you can, but i'm not forcing anyone to do it since it would be far too difficult to watch the anime episode and then read the chapters to look for differences.  Iam...JakuhōRaikōben  00:46,8/30/2011

Put any Magical Equipment into the Magic and Abilities sections. All regular equipment can stay in the Equipment thought.  Iam...JakuhōRaikōben  01:17,8/30/2011

Yes, but if the person has displayed some abilities then the abilities need to be kept and the Magic should just be moved to Former.  Iam...JakuhōRaikōben  01:20,8/30/2011

Hey! Congratulations. You recieved Mage of the Month for the Manga Summary Guild.

Hi. Just want to let you know that you can post this badge in your user page since you are a previous member of the Fight Summary Guild.

I'll give you one more week to take and complete a job on the manga summary guild. Otherwise, you will be excommunicated.   B

Sorry but you've been excommunicated from the MSG guild. If you wish to reapply, feel free. Here's a former member badge for you:

Retrieved from "https://fairytail.fandom.com/wiki/User_talk:Jinji?oldid=156218"
Community content is available under CC-BY-SA unless otherwise noted.