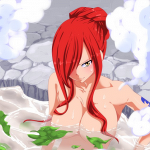 You can certainly try Jess, but it's pointless. I'll never change >:3

Btw get on chat one day, it's starting to get fun again since the Pedo and LPK's boyfriend have returned.

Hej min förälskelse, I've returned from Germany. Get on OP chat whenever you possess the time (life on chat is actually flourishing again :/)

I was wondering if you could sign this petition. I'm trying to get all Erza fans to apologize for the brutal beating that Erza gave to Kagura. https://www.change.org/p/all-erza-and-jellal-fans-we-want-erza-fans-to-apologize-for-the-brutal-beating-that-erza-gave-to-kagura#share

Im spamming your every means of communication again

A Happy Merry Jolly Christmas to you~

Stay awesome, lovely, kind and caring .. in short .. Just the way you are<3

Who did it better?

Here we have "it" cutting Kyouka

Here we have the legend destroying Pica

First of all, thank you for that wonderful compliment ;) Now let us get to the main point shall we? Erza killing a single demon isn't impressive. She didn't even deliver the killing blow, so she actually didn't kill her >____> Don't expect her to get a holiday anytime soon. Even if she were to get her own holiday what would people even do? Eat red velvet cake? Zoro on the other hand truly deserves a holiday. That man defeated a colossus made of stone. I'm thinking along the lines of making February 26 Worldwide Hangover Day :D

One more thing. Speaking of blindness, what color is this dress? .___. http://www.stylosophy.it/articolo/the-dress-di-che-colore-e-il-vestito/64159/

This might be a little late but, Happy Vaffeldagen! Hope you ate one today because it's supposed to be tradition :D

https://www.youtube.com/watch?v=OpzEF0D2xfE < consider this as your temporary present until I finish the real one :P

Yeah... no. I don't have a death wish nor do I want to spend any longer time at a hospital than I have to. And in a totally unrelated note, there's some weird app with the shape of a ghost on my phone that looks similar to this. I wonder what it could be  :o

Well considering the fact that Choko's ghost already haunts me, I don't see the big deal. Maybe it will keep him company. ¯\_(ツ)_/¯

hey jess sorry, i was looking at GoT wiki cause i just watched the season finale. yea i can see your avatar, doesn't seem so blurry to me.
[furbie.helios.tissue.moup.yuki.tofu] 14:33, 6/27/2016

Retrieved from "https://fairytail.fandom.com/wiki/User_talk:Jessilu.k?oldid=941659"
Community content is available under CC-BY-SA unless otherwise noted.