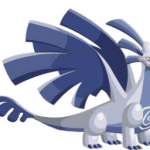 Think you could add the Japanese for Catmander's Roar to Happy#Former Magic and Abilities? --Neffyarious (talk) 15:47, December 31, 2018 (UTC)

I just want to inform you about it coz the idea of leaving the wiki when i know that there are some active editors who kept messing up the wiki is nerve-racking. lol So hopefully when im back by mid february i can still review all the month long edit history and double check if something was overlooked but if not then ill just trust everyone. Lastly if you need any help feel free to message User:Ncduru or User:Miskos3. XD LightningGeist

The first thing that comes to mind about the title is the index series lol, last time i heard news about it is that they are making an accelerator spinoff. XD

As for my profile pic its Ginji from Getbackers & because of him, lightning powers became my favorite powers in every fantasy setting but it kinda sucks now coz its becoming more mainstream. XD LightningGeist

yeah, feel free to do whatever you want. You and nefferyious seem to know what's right lol. Two things though can you provide me the kanji/romaji for this that erza spell if you can read it: the raw is here. 2nd can you provide the anime picture of this for ajeel shot or any shot close to him being excited for war for his personality section, the one when he and dimaria was first introduced might work too. Thanks!--Ncduru 04:28, January 16, 2019 (UTC)

thanks for that, one more thing can you tell me the kanji/romaji for whatever the girl mentions as "power of restriction"/"restriction power" here. much appericated Ncduru 12:47, January 23, 2019 (UTC)

Yeah found a better quality, you should be able to read it now: https://i.imgur.com/t6J0ssR.jpg

a user emailed this me funny enough should be way better: https://imgur.com/a/35r3mDT

https://imgur.com/a/eVDdq4l thanks for the earlier help, can you give me the kanji/romaji for The Water Capital, Elmina. It's like how Crocus is called blooming capital --Ncduru 01:13, January 26, 2019 (UTC)

Would you be able to check Chapter 61 to see if Iron Dragon's Scales are actually described as being steel rather than iron? Apparently Gajeel and Happy refer to them as so on pages 11-14. --Neffyarious (talk) 22:07, January 16, 2019 (UTC)

I was gonna try and integrate it on the Iron Dragon's Scales page since the appearance of it has changed by that year. --Neffyarious (talk) 22:35, January 17, 2019 (UTC)

Hello, Hamody. If you want to, you can stop by my page and a conversation. I'm actually working on my own variation of Fairy Tail. You can ask questions about it and give me advice. Anyway, text me!!!

By the way, I think we could also use a gif from the end of the episode, as far as Fire Dragon Mode goes - the part where he actually activates it (the land is burning part). Not sure if we can fit both gifs into the article though. Or just have one there and one in Natsu's page, dunno.  Miskos3 ♐ Message  11:15, February 5, 2019 (UTC)

The roar Natsu used to defeat Bluenote went unnamed, however in the most recent 100YR Quest chapter he uses a roar drawn identically and this time it is referred to as Fire Dragon King's Roar. The name probably wasn't said against Bluenote to keep the whole "Fire Dragon King" thing a secret until later. --Neffyarious (talk) 12:18, February 22, 2019 (UTC)

I recall that it was mentioned by Erza and it’s already on the Etherion page, so it’s good dude. — SoulRise99

Uhhh it was honestly the little stuff... some things that were never addressed, like Kyoka asking about Silver's demon form, but she didn't know that there wasn't any as he was just Keyes' corpse? Did Keyes keep it hidden? But again, Mard Geer knew and that's exactly why he appointed him as a Demon Gate? It's almost like Mashima changed his mind from Deliora to father midway. There was more stuff that I'm probably forgetting right now.  Miskos3 ♐ Message  19:12, March 24, 2019 (UTC)

Ehhhh yeah, there are some that could use making, but for the reason you mentioned I actually didn't find the time to sit down and see which exactly are worth making  Miskos3 ♐ Message  06:48, March 27, 2019 (UTC)

Hey. For the Ice Devil's Zeroth Long Sword's infobox image, do you think you could get an gif of it's usage from Dragon Cry, that may be a better primary image than the current one. --Neffyarious (talk) 13:09, March 29, 2019 (UTC)

Good day Hamody, can you double check & if it's possible also make the gifs for all the spells recently introduced, you can just check the images to see which ones might need a gif but since some spells were not even animated well in the anime i guess it won't be that many, all i can think of at the top of my head are gifs for laxus' red lightning, wall creating and using his railgun, missiles, anti-material laser, god serena's cavern dragon's earth destruction, wolfheim's transformation i believe it was when he was talking to warrod, wendy and sherria's 1st and 2nd sky arrows, dimaria activating her magic with her teeth, ultear's third origin release, jacob using stealth & transport to replace the one it the stealth & transport page, maguilty water, ice-make volcano, over skelter, bloodman's exploding spiral, onimaru, ice devil's rage, thorns, levy's solid script hole, sword and maybe shine, universe one enveloping fiore as seen in the universe one page & irene activating her enchantment and attacking acnologia.

If its possible then you dont have to do it immediately, so take your time at least listing them here will be a good reference when catching up on the gifs needed. XD LightningGeist

Ok so after talking with miskos, I went ahead and made a list here and I also added it in the sorcerer magazine and on the wiki quick news so you and miskos can easily check it when you have the time. That way it's more organized and not all over the place. XD LightningGeist

Yo, I was wondering if you could possibly help me with some of the translations on this page and the links that follow under my name to clean it up a bit as well as punctuation, grammar, and spelling, too. —SoulRise99 (talk) 19:37, April 15, 2019 (UTC)

Hello again, there's a dispute going on at the moment as to whether or not Bloodman can use all of the Tartaros curses, do you think you would be able to check the raw of Chapter 487 to see if Bloodman says he can, or if it's just Gajeel speculating based on seeing him use a few of them? Thanks. --Neffyarious (talk) 11:23, May 4, 2019 (UTC)

thought i came back, cause i forgot about erza's past (and irene/eileen until now i have no idea what name we are using for her). how haz you been man?! also are you on the eden zero wiki discord or any discord? [furbie.helios.tissue.moup.yuki.tofu] 16:11, 7/1/2019

wait i follow you on twitter right? okay i follow you, had to check. you're in university now?! god i feel old when i think of the age difference D: [furbie.helios.tissue.moup.yuki.tofu] 13:54, 7/7/2019

Hello. I was impressed by your work on the Fairy Tail: Happy Adventure logo, and I was wondering if you'd be interested in creating one for one for the logo of HERO'S, Hiro Mashima's crossover manga between Fairy Tail, Rave Master, and Edens Zero. The original image I posted was the title image used on the Magazine Pocket app site like the 100 Years Quest and City Hero articles, but it was removed due to a violation of Wiki policy. What do you say? SubZeroSilver (talk) 20:17, November 3, 2019 (UTC)

Retrieved from "https://fairytail.fandom.com/wiki/User_talk:Hamody_Asgail?oldid=1006045"
Community content is available under CC-BY-SA unless otherwise noted.