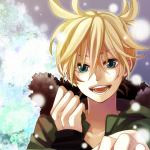 You are currently viewing FairySapphire's talkpage.Leave a message here, and I will reply as soon as possible. Please follow the rules applied below: 1.Sign your message with a signature (4 of ~) 2.Please be patient 3.Use a heading relevant to your message

The images added to the character galleries do have to follow a set number of rules and regulations:

As such, I have deleted the two images you earlier added to Igneel and Cana's galleries, as they had no use outside being posted there. On top of this, they weren't of the highest quality. If you want help with how to make images look better and up their quality, I'd recommend speaking to someone from the Image Guild, as they'll be happy to help ^__^

I also changed the image in your signature, as that Juvia chibi was already uploaded here ;)

Thanks for contacting me for help, and if you have any more questions don't hesitate to ask :)

Yeah, I've only ever edited on this Wiki, so I'm not too familiar with others ^__^" I know we seem to have quite a few rules, but you'll find over time that they're very very easy to follow and not that odd if you think about them. Fairy Tail is a huge series, so the Wiki is quite huge too, but trust me when I say that everyone around here who edits/blogs full time is really nice, and I'm sure you'll get along with them :) We only have to be strict at times because we get the odd person who comes along and gets annoyed at us for "not taking our job seriously enough" >__> But that's just them ;)

I hope you have fun editing here :D Feel free to jump on the blogs or chat to meet more people, or join a guild if you feel like it ;D I saw that you voted for the featured article: we also have a featured picture and quote vote if you want to cast your opinion there too~

If you mean the anime, then yes, tomorrow it starts up again from where it left off -episode 175- and continues with the GMG storyline :)

Yep. The animation does look a little different, but we'll have to wait and see. I'm sure it'll be great though :)

Hopefully you find some time to watch it soon~

Ah, good luck with all that~ And whatever you like is fine, I go by a few different names here, so just pick the one you like the most ^__^

Hahaha, I'd pick Jellal, no hesitation XD He's my favourite part of Fairy Tail, and though I also love him with Erza, I love him just by himself too. Erza on the other hand has been annoying me lately in the manga, so it's definitely Jellal <3

And lolololol, yep, Lisanna is my least favourite character XD

Yeah, I'm not a Natsu fan :/ and I agree that Lisanna served her story purpose better in death than alive, but I guess there's nothing I can do about it~

Hello there FairySapphire, I am ChokokuguzaNoTobira, one of the users. Hope you're having a good day.

I came here to ask if are you made this .gif yourself, because mainly, the wiki maintains a size of 200x113-115, and the one you uploaded, obviously exceeds in size. If you look at this, this and this, you can see the dimensions of the .gif and understand what I am talking about.

I deleted the requested file, and as for the replacement, well I'm not so sure. I don't usually make spell pages, so I'm not sure if the gif is appropriate/what others think. You should probably bring up a discussion and talk to the others on the Wiki to see what they think.

To be honest, I'm surprised Benisakura is a spell. I always thought it was the name of the weapon and that it should be listed under her weapons section. After all, she does say she is summoning a sword that cannot be summoned unless she discards all defence, so :/ Hmmmm...

I don't know if you didn't see my message or you decided to ignore me; nevertheless, I'll tell you that whilst the width is correct, the height isn't, and obviously, the page differs from the standard.
Choko Kuguza No Tobira ♔ 15:34, 5/3/2014

Hello, thank you for your contributions. However, I am afraid I had to delete the image. There is no need for the gif, the image is fine. Thank you. :)
Mega

I am, but I'm at my Grandmother's house using her internet for a short while. XD
Mega

I thought the animation was great ^__^ Much better than the previous weeks :) I posted some of my thoughts on the anime review blog, so you should head over there and see what everyone thought XD It's pretty funny :P

Three predictions per series or less~ And it cannot be something obvious. And certain series had to be omitted due to the lack of readers on the FT wiki. :/
Mega

I'll change it in a min. Thanks for the heads up. :)
Mega

You just alter the information appropriately to suit the image. For examples, look at some of the fanarts uploaded for the Sorcerer Magazine, or see here (for a fanart example), here (for an example of a work from Deviantart), or here (for an image I uploaded from Twitter).

Hi, FairySapphire. When you upload images, please make sure to put the proper categories and put it in their respective galleries. :) Thank you very much.
チョコクグザノトビラ • メッセージ • 17:30, 5/26/2014

For example, you uploaded an Erza image that also includes Natsu, Kagura and Sting and it came from Episode 1. So you should add the categories: Images of Erza Scarlet, Images of Natsu Dragneel, Images of Kagura Mikazuchi, Images of Sting Eucliffe and Episode 1 Screenshots. :D
チョコクグザノトビラ • メッセージ • 17:37, 5/26/2014

There is no edit requirements. You just have to be good with images. But please stop uploading images to only add them to galleries. We're already having enough trouble with how big the galleries are now. :P
Mega

Hello. I noticed that you've been uploading some images in to the articles here. This is fine, but please note that we have an order in which they should appear. Typically, the standard is left-right-left-right-e.t.c. If you are adding in a new picture, please alter the alignment to make sure the integrity of the article is preserved. Thank you. King of Uncool 05:44,5/27/2014

These are probably the ones I like the most and they are in no particular order because my preferences change based on my mood :P

Any reason you ask? What about you?

Hi, Fairy Sapphire. It's me again, Choko. Can you kindly put your signature on a sub page? I saw that your codes are taking up too much space when I edited Ninjin's talk page. Should you need help with that, feel free to message me. Thank you.
チョコクグザノトビラ • メッセージ • 03:20, 6/4/2014

Very well. I will assist you.

Of course, check the option: "I want customed signature" or something along those lines for it to work. I believe I break the steps down in a a way that you can understand, but if there's anything that will go wrong, feel free to message me back.
チョコクグザノトビラ • メッセージ • 15:10, 6/9/2014

Definitely Cobra. I don't mind the others that much, but Cobra is on my favourite characters list, which is a small feat within itself :)

Oh you silly stalker xD Well that's `cause I just copied the bottom table from the manga table, and I didn't change the no. of episodes for Shingeki no Kyojin. Anyway, thank you for pointing that out (actually, I never tried to visit that page until now).

Actually, at first, on the chapter wherein Silver says "I am your father...", I was like "Meh, so that's the revelation? How boring". Then I turned the pages until I reached that Silver-is-Deliora part. I wasn't so shocked, just amazed with how Mashima gave us that turn of event, `cause here we were expecting that Silver is Gray's father and we all thought that that's just the end of story. Oh btw, I wasn't so shocked because I went to the wiki first before I read it, so yeah... spoilers.

Sorry for the late reply, you sent this just as I turned off my computer and went to bed, so I bet you're not bored now :<

Anyways, hmmmm... this is a really hard question, because most of the time I like parts of arcs, and not the entire arc. However, I guess my favourites are Tower of Heaven (because Jellal and because of all of the character development from Erza, Gray and Juvia), and Tenrou Island (because the battles and losses were great, Mavis was cool, Acno appearing was wild and Grimoire Heart were really interesting) :D

It's really late here, so I'll likely post my thoughts on a blog tomorrow morning :) I did enjoy it though~

Lol, I remember you from chat! I never forget someone I've harassed.

It's on one of your pages Sapphire. Do you need that page any more??

If Chaos does not update it by next month, I'll see what I can come up with. :/
Mega

Hey ^_^. Well no, the position has not been filled yet and all info can be found here. If there is something you want to know that isn't there feel free to ask me.

you can apply here

I only really read Jerza fanfiction, but I did an article in Sorcerer Magazine for some time called "Fairy Fiction" that I put a lot of my favourites into, so I'd recommend checking out the old issues of Sorcerer Mag if you want ideas. And, if you like the ones there, check out more by the authors :) In terms of long fics that are good, I recommend Miss Mungoe and Aero-Cluster as authors, though there are many other good fics that I mentioned in SM.

Too bad that the majority of my favourite stories was lost because I only had them as browser bookmarks when my windows crapped out on me month ago... and finding those stories under the 33k+ Fairy Tail Fanficts is far from trivial. I've been using Fanfiction.net's own favourite system a lot more since then.

Thank you! I figured out how it works now. Dispelling

I'm fine. I'm currently editing articles (my jobs). How are you? Dispelling

Thank you! Good luck with your projects in school. Also, nice signature. I like Japanese! Dispelling

Yeah, I forgot to login by mistake.

Omg... that is brilliant Sapphire XD XD XD Thank you, it totally made my day X3 *huggles*

I didn't know your birthday was September 29 until now. Happy Birthday!Dispelling

Glad you liked them. Drained is also one of my all time favourites, especially the chapter with the flashback of Lucy running away from home and Natsu being left by Igneel. NoNickNeeded (talk) 20:50, October 2, 2014 (UTC)

Still want to join the Guild?

Hi. I'm just here to tell you that Wrath asked you if you still want to join Referencia Guild. I hope you do. Have a nice day!Dispelling

You tell him. He asked you on the RG talk page. And I'm glad you do!Dispelling

Retrieved from "https://fairytail.fandom.com/wiki/User_talk:FairySapphire?oldid=850163"
Community content is available under CC-BY-SA unless otherwise noted.