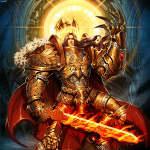 Image violations and why those aren't accepted

You must be wondering why those aren't accepted. Two reasons:

Failure to follow this policy may result in you being blocked. If you are still having trouble with images, please leave me a message on my talk page. I am more than happy to help. Thank you! ChaosKnight 01:42, October 8, 2012 (UTC)

Just letting you know that the image you uploaded a little while ago did not follow the above Image Policy due to it's lack of FUR, licensing, a proper filename and the presence of the text. Please be sure to read the above Policy and apply it to all of the images you upload.

Failure to follow this Policy can lead to being blocked, so I strongly suggest reading and applying and asking for help if necessary.

Please sign your message here so that people may know who put up that topic. If you don't have any signature, you could use [[User:CNBA3|CNBA3]] [[User talk:CNBA3|(talk)]] at least. Thank you. If you have any questions, feel free to leave it at my talk page.

Welcome to the Fairy Tail wiki. Please be aware that only Administrators and Rollback users are allowed to close discussions. Further, we do not close a discussion on the same day it was opened. Thank you.
Mega

Yes I saw that blog when you first made it. Tell me, why are you leaving this message everywhere? It serves no purpose.
--Fairy Tail Grand Master<F.T.G.M. >

In that case, please give your reason in your message. As it is now, it just seems like shameless advertising, no offense.
--Fairy Tail Grand Master<F.T.G.M. >

Cool. I'll check it out

I'll read it and comment. Thank you. ;D
Mega

Hey, it's cool that you made a blog and all, but advertising it like that is a little unnecessary; I've been getting some complaints from several users about it, so I thought I'd nicely ask you to stop posting talk page messages advertising it. Usually the bloggers get ahold of the new blogs in the RWA and then a ball gets rolling; what you're doing isn't really needed. Sorry. :/
Wrath

It's fine. The first few were alright, but after that it became an annoyance to some. Now you know though, so just keep this in mind in the future. =)
Wrath

Thanks.. Gonna drop by soon.. Might as well check my blogs, if it interests you.. :)

Yes, feel free to, just don't forget to add the references(the pages which explain his different personality traits). Odds are we will check the edits later anyways :) Raven

Hello. The recent image you uploaded of Dante's Inferno did not have a FairUse Rationale on it. As such, it violates the image policy of the site. Please read the message on your talk page about that policy from ChaosKnight and apply it. Repeated violations may result in you being banned. Please ask if you have questions. Thank you. King of Uncool 15:41,9/28/2013

When you fill out the necessary fields, then it is considered proper and the image will then be in line with policy. King of Uncool 16:06,9/28/2013

At Mega's behest, here I am answering your question. He said that it wasn't valid trivia due to the lack of similarities between this Faust and the Faust described of in that legend.
Wrath

Didn't see your message. I went to sleep last night and saw the messages with my iPhone. I asked Wrath to reply via Skype, and so I didn't get the notification when I logged in. Anyway, do you understand why it's not acceptable trivia?
Mega

Its out on the other sites as well.
--Fairy Tail Grand Master<F.T.G.M. >

Hi. Talk pages of articles are not for asking general questions or requesting information. They are for discussing changes to the article. If you have any questions, try the Fairy Tail Answers Wiki or another website. Thank you. King of Uncool 13:19,10/25/2013

It's the one that says something about leaving Rai a message. ;)
Mega

Re: Adding a Photo

Read this. If you need any help understanding anything, let me know.
Omega

Looks good! Just fix the fairuse. Look at this: here. It should look like this when it's all over. With the "Summary" and "Licensing" headings.

PS: The template {{Ch|}} should not be included when you ultimately edit an image or use more than one chapter.
Omega

Yes. Heads up, do not include the "property" template I use. As you do not have one. And remember to include the Fairuse template: {{Fairuse}}
Omega

As long as it does not violate the Blog policies~!
Omega

Sorry, I was making the page when you sent me the message. >_> But there's you answer.
Omega

Re: Adding a Pic

You added the right stuff. However, you forgot to remove the black borders. Just remove those borders and upload a new revision. And make sure the image is used. :)
Mega

Yup. Just go to the tab "File History" and then to "Upload a new version of this file" and then everything else is self-explanatory.
Mega

Anyways, home now and it's done :)

Just a message to let you know that though your FUR for images is all fine, you haven't been adding a license. It's really easy to do through the upload function as you just need to select one of the options through the drop down list, so please remember to do this in the future~

Same as any other pic. :P A common thing people do is in Source they add the link where they got the image.

if it's from a manga then {{fairuse|manga}}, if its from an anime then {{fairuse|tv-screenshot}}, if it's an original drawing you did yourself then simply {{fairuse}}

Well, with all the new ichiya scary shit happening in the manga and anime I was thinking of yeah doing Ichiya, but if you have something better let me know what it is and we'll see.

Sounds fantastic. Hopefully people will get it. If not D:

Directly reflected as in, they fight off the opponents reflected on the other side. Ex. Natsu fights Mard Geer, Lucy fights Jackal, Juvia fights Keith, Gray fights Silver, etc. If you reflect the image of Fairy Tail or Tartarus vice versa they overlap each other with the opponent they're about to fight.

The comments in your blog "My Balam Alliance Arcs Marathon" aren't working. There's something I wanted to say.

I noticed the comments section of the "My Balam Alliance Arcs/Dark Knight Trilogy Marathon Complete!" blog is disabled. There's something I wanna say.

Oh i see, thanks for the link, i had no access to the other reference so i wasn't able to double check it before so i only depended on the fan translations from the manga lol, as for the description in wall's page it's better & sounds right for me now. LightningGeist

Good Day CNBA3, I just want some clarification since you said larcade uses white magic but if i remember correctly when he used RIP people noticed it was a kind of white magic meaning its just a variation of white magic but his magic is still named RIP and not white magic similar to juvia using water and not water magic or max using sandstorm and not sand magic. I cant check the manga so maybe you can help me clear it up, what do you think? LightningGeist

I saw the page but if you checked the white magic rogue was referring to was a magic that wa prematurely negated, as seen in the next chapter where larcade used the same magic again without any interruption revealing that it was RIP after all. If you also checked the last page of the previous chapter larcade was saying he is gonna use RIP then in the beginning of the next chapter larcade is still shown using RIP and attacked sting with it before rogue mentioning it being a kind of white magic, then later on larcade casted it again and successfully using it on sting. What do you think? LightningGeist

I get what youre saying but i still believe he just used RIP and RIP is just a kind of white magic that makes someone fall asleep making it a variation of white and sleep magic and not literally him using a fourth kind of magic. If i remember correctly prior to mentioning RIP larcade attacks were never portrayed with paper talismans, and larcade's magic only manifested paper talismans when he used RIP, also in the previous chapter he activated his RIP magic and talismans appeared then after that he attacked sting with it making it related to RIP then rogue called it white magic and then larcade casted RIP again? isn't that kind inconsistent especially when larcade himself mentioned his gonna show and use RIP to sting? LightningGeist

Retrieved from "https://fairytail.fandom.com/wiki/User_talk:CNBA3?oldid=1008777"
Community content is available under CC-BY-SA unless otherwise noted.