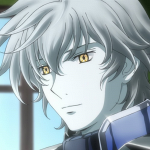 Failure to follow this policy may result in you being blocked. If you are still having trouble with images, leave me a message on my talk page. Thank you for your time.

You know what you did. Never ever do it again in our wiki.

Thanks for the edit conflict >_> I hate having slow internet!
--Fairy Tail Grand Master<F.T.G.M. >

No need to apologize, I just felt like expressing my agitation towards my internet messing up the last few days.
--Fairy Tail Grand Master<F.T.G.M. >

Hi, do you speak or write Chinese?

Were you on some pessimistic streak earlier? I really hope you were just joking around >_>

"Who cares about such things, law and ethics are nothing but delusions created by humans. Drivers still bribe cops to avoid paying summons, even when they know it's against the law and is wrong. At the end humans all do what's best for them not what's correct"

Your statement is correct and its true that if you look at the universe the way it truly is, then you would realize that there is no such thing as good and evil. Such concepts exist on Earth alone or rather exist in "humans" alone. What animals have is a certain primal rule which humans once had but sadly lost. However I feel pessimism in Who cares about such things. Well, I certainly care and so do any of those that truly care about peace and harmony. I try to refrain from anything considered morally or legally bad if I can help it but that doesn't mean I agree with everything the law dictates. I personally see nothing wrong with killing and have made speeches on how killing is only a stupid notion developed by humans in order to maintain control. No other animal on Earth has a problem with killing not even the herbivores which I find really ironic since "vegetarians" and "herbivorous people" think that by being such, they are adopting "peaceful" and "decent" lifestyles, which is entirely wrong. You do what you need to do to survive, that is the law of nature. However, this is where Balance comes in. Everything needs balance or there will be chaos and destruction and life on this marvelous planet will suffer or disappear all-together and THIS is why ethics and rules are important. Even animals have these unspoken rules(which are now lacking in domestic/genetically-engineered animals) that maintain a certain order.

Anyways, long story short, laws+ethics+discipline=order, lack of regard for the world and its living beings = chaos. And for balance, order and chaos must remain on a even plane.

This is something I explore in my series. You might enjoy it. The MC originally starts out like any other "action protagonist" whose all about doing the right thing and being called a hero and embodying goodness, but in the side-lines he does indeed kill and destroy. As the story progresses he matures and learns that what the world truly needs is balance so he stops being on the "overly good" side of things and instead becomes a neutral party who serves as a control measure to keep the peace and retain balance, killing both evil forces and good forces depending on individuals rather than the group as a whole. There are always corrupt people in the good side and there are always decent people in the evil side of things. That's how the balance is kept in society. No matter how corrupt and evil a society is, one will always rise that is morally good and incapable of doing bad things, that much is guaranteed since its a law of the universe. Similarly, even if the society is full of good people, a sinner will always emerge. The secret to controlling things is to maintain discipline and control at all times and sadly due to "human rights" and "freedom" being used as an excuse in every bloody thing, we can't have that, so now the world is going to shit and we are having this conversation. XD Truly the best cure is to follow Zeref's path and wipe out the ones responsible :) OR follow Madara's plan and remove everyone's freewill, that will also work. Peace.
--Fairy Tail Grand Master<F.T.G.M. >

I found out that one of the anime this season had something nostalgic behind it. Its this one. The interesting thing is that its done by the same author and takes place in the same world as this. I remember it since your brother(or was it you?) brought it up in that argument and told me to go watch the movie version. I remember how the Ending kept on being criticized and for some reason compared with romance in anime in general. As it turns out however, the author himself wanted to hope that they had a happy ending some day, and has stated that the fans should try and believe that it did. I simply wanted to post the link since it reminded me of back then. I'm not really recommending it though. Although for its defense, its only 5 light novel vols long and so the anime might cover the entire story, and people have a generally positive reception of the first episode. I myself find "some" parts of it too rushed and many can't shake the feeling that it will be full-on tragedy later on. And quite frankly, if its gonna take similar route as Princess & Pilot, I really don't have the heart to watch it. If you want, you can show it to your brother and see what he thinks. Ciao.
--Fairy Tail Grand Master<F.T.G.M. >

Of course you couldn't have watched the series. Its still at only the first episode XD And true, the ending of the movie is not the worst in terms of story writing *Cough*no deus ex machina*cough*, but its still a really sad ending and really leaves that hole in the heart unattended. A lot like 5 Centimeters Per Second and to some degree in some Studio Ghibli films. Speaking of Ghibli films, I spent late last night watching Grave of The Fireflies on my phone, and I don't know whether it was some miracle as sign of respect but youtube didn't pause to load EVEN ONCE while I was watching it despite my internet connection being unpredictable. Life is mysterious.

Oh and one other thing. There are too many fucking good anime this season. Its like the industry is targeting series which they know will catch people rather than do random shit. That.... or I have evolved as an anime lover from last year. Ironically its my O/L exams in 2012 that I have to thank for it. If not for that, I would never have discovered good anime and manga on my phone while I was sneakily avoiding study >_> Again, life is mysterious. You don't discover good things until you give everything a try, no matter what other people say to discourage you.
--Fairy Tail Grand Master<F.T.G.M. >

No, I mean the possible Yuri I see later on.

So.... I'm mistaken when it comes to Shizuku, Stella, Ayase, and the glasses chick then? The only girl aiming for him throughout the series is Stella then? If so, then good.
--Fairy Tail Grand Master<F.T.G.M. >

Take the image off the blog, dude. Spoiler policy is really strict. The only place spoilers go is the spoiler thread. Don't mean to sound angry, but I was already spoiled by someone else who posted stuff like that in a blog, and so were other people. Don't do to others what we had to. Let them feel surprised when they read the chapter.
Wrath

Thanks for understanding, and happy new year.
Wrath

Hi. Just saying that manga readers even mentioning the absence of a Demon form (and especially Nick's assertion that he might try to fake a Demon form, which means that he doesn't have one for some reason or another) is quite a spoiler. It confirms at the very least that we never get to see Silver in a Demon form and also gives rise to speculation that he might not be a Demon as Kyouka thinks. We never even thought about that when this happened in the manga, right? Most thought on the lines of Gray having a demonic background, I believe. That's why it's getting a bit spoilerish. I hope you get my point of view. If you still think I'm wrong, then I apologize and ask you not to mind me. ^^ --Sane Lunatic (talk) 14:26, May 23, 2015 (UTC)

Retrieved from "https://fairytail.fandom.com/wiki/User_talk:B214?oldid=804825"
Community content is available under CC-BY-SA unless otherwise noted.