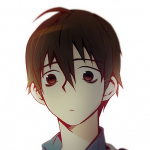 aka Arvee And The World Of Smartness

Elow~, <insert name here> Welcome to my User Page, feel free to if you need anything but remember to be Polite and Courteous. Also please Sign you messages so I know who to respond to :). Thank You and Gomen ne if my User page is terrible.

Go right ahead ^^ Do the first one and then show me, I'll let you know if you're doing ti properly. ;)

If you don't know, don't do them. :P Or you can ask Chaos for help.

Gomen. Is there anything else you need help with? :)

Hello, Arvee-san. *waves* Hey, I am touched that you support me! *blushes* I really appreciated it, and I will thank you for that. But.. I can also see that your reason for supporting me overlapped the border, due to my long username, and that kinda frustrates me. ._. Whew ~

With regards to that, could you please add <br> after the support| part? So that your reason could fit without overlapping the border. Please?

Sorry about before when you were in chat, but I hadn't realised you had messaged me until I left and checked my emails D:

Anyways, I actually am going to bed, and would therefore prefer to help you in the morning when I wake up, however, this page might be of some use for you, as it has a bunch of codes and templates that many people use here on the Wiki. I would recommend checking it out :)

However, if there is something specific you would like, just drop me another message and when I wake up I'll be happy to help you out ^___^

So, until tomorrow, goodnight~!

Arvee, Pia, Jazryl, Jared, and Sir Alex, eh? Hahaha! I'm looking forward to it's completion, and yes, you have to edit more, there. :D

And oh, please, sign your previous message. Thank you!

Oh no, no need to be apologetic. I just pointed out that your siggy needs some fixing.

I see. Oh well, yes, I am from the Philippines.

Arvee-chan, I just dropped by to say Hi. I have never left any messages to your Ft wiki talk page, so I thought that it would be better if I did so. XD See you later.
AppleTalk

Would that mean that you wont be having an internet connection there? And, what's your business there, btw?
✪ User Page ✪ User Talk ✪ 12:57, April 2, 2013 (UTC)

I told u it was random xD

Happy Birthday Arvee-chan. Hope you have a nice day and a nice year. Enjoy your day and of course......dont forget about me ;D Happy birthday again. AppleTalk

So many more edits >:D

Hey Arv-bro, yo, how did go? Anyways, you probably noticed my edits are blooming! *^* Well I am kiddin, you are doing good work, keep it up!!

What exactly do you mean, Arvee-chan?

Alright then, but keep in mind that i'll watch your edit and remove it if it's not necessary. Take this professionally and not personally. :)

Of course. What can I help you with? :)
Mega

I was actually asking you what exactly did you mean by making it "one"? >_> If you'd like, we can talk about it in chat. :)
Mega

Add this badge to your user page! However, keep in mind that you are only a back-up; you're not allowed to take jobs unless your help is needed. So exhilarating! :D
Mega

What are talking about? XD I left because I started lagging. I will try to join soon

Good luck with the reply. Sorry for ruining the mood ._. *sulks in the corner and sobs*

I'm honored that you'd think of me for that matter, but I don't know of how much use I can be in this regard.

Often I find myself inwardly cringing at all the relationship and pairing questions asked on the Answers Wikia, especially the recurring ones....

I'll give it a browse when I get some time on the weekend, but I can't promise anything since discussing romantic pairings isn't exactly my thing, except perhaps telling people just how unlikely the more ridiculous pairings are to ever happen.

But come to think of it, maybe you could ask Carrot or Rifta about a cooperation between the Couples Wikia and the Answers Wikia. That might point more users (and thus potential contributers) towards the couples wikia, while possibly reducing the repitition of the same relationship questions over and over on the answers wikia.
NoNickNeeded (talk) 19:42, October 14, 2013 (UTC)

I don't, but I know them since I was a kid, and Patamon has been one of my favorites.

Depends on what you need. :)
Mega

You'll have to decrease the width. Wikia made an update that now cuts off the right side of everything. :/
Mega

Yo ~ Hope you're having a nice Christmas. :)

Who has the Christmas Spirit?

Hey! Let me take this opportunity to thank you for bearing with me. 2012 is an extremely crazy year for me and a lot of things happened, but what I truly like the most is when I joined the wiki, and met you. I had my ups and downs, and I thank you for bearing with me. I know I learned things from you, and I truly appreciate that. I look forward for the more years to come being with you on this wiki. :D Thanks a lot! Merry Christmas ~

Sensation Curse should be it~
Mega

Hey Arvee, sorry for the much delayed response. In all fairness, you haven't exhibited an appropriate amount of activity, which is expected of a Guild member. Perhaps if I see more activity from you, I will consider giving you an induction test but as of now, I think we will have to hold your application off. Don't worry though, it's not a long suspension, just a little bit so I can see that you're active again.
See you around~
:Umnei:

Arvee, I know you're trying to help, but let's keep it professional and do it all in one, big edit and not page by page. Thanks.
Mega

I think it's listed there already~ :)

Found it! Ice-Make: Ice Geyser. You can go right ahead and add it~

As for Makarov, I think we should just keep that as Titan Magic. He's done that before. The smash, I mean~ It's just a regular, old punch.
Mega

Heya, you're going to have to ask Reli because he did it. I wouldn't know how lol
:Umnei:

Lol not your fault~ and alright, that's good!
:Umnei:

Until an omake chapter like 413 Days is scanlated - that means, English text is combined with the manga pages and released publicly - we consider it a breach of spoiler policy to add any information to the omake pages, even characters and spells. Please wait until mangastream or panda or another such site has released a scanlated version before you edit the page. Do not use the links on the spoiler forum to edit the articles. Thank you.

Re: Guild and DAT

I don't read it. I only watch the anime.
Mega

Yup! XD Thank you again and I hope to talk to you there! :) And sorry I made a wrong heading edit XD Mamerge

Hallo there! :D I just want to tell you, the Fairy Tail Couples Wiki kinda forgot about the <idk what kind of couple> pairing of Lector and Carla (that of which can be seen at the Omake, Welcome Home, Frosch). IDK hwo to make a page, where to put and especially what to put. XD So I'll leave it to you :) Mamerge

Cartor sounds good! :) Go ahead and make the page ^__^ I'd rather not, I'm still familiarizing myself from the Wikia ^____^ And thanks you :) Mamerge

I am not very pleased with you work, I believe I was very upfront with that when I replied to your application. However, I will allow you to join the IG hoping that you will improve over time, just like I did. Just be very careful with what jobs you pick. I heavily scrutinize all jobs marked as completed.

This is not a message to make you feel insecure or anything, it's just a welcome and what my expectations are. If you need to practice some more with images, do jobs that do not require uploading new images (e.g. image galleries).

If you need help with improving your images' quality, ask Misk. Or me, but I recommend Misk...he's less lazy and if forced I guess you can say he'll do it. ( .__.)

I need you to make me a gif by the end of the month. It doesn't have to be HQ, just moderate quality. This is to show me that you're practicing (15 days is enough). I do not tolerate theft! Like I said, if you need help improving YOUR images' quality, just ask, don't take them from another website. You can download Fairy Tail Episodes from Nyaa (Old and New). New Episodes are available on Horriblesubs. Welcome to hell!

Re: I forgot the header

I was going to talk to Mega first, because I don't think I'm suited to be a teacher, as you could've noticed when I was trying to explain gifs to you. I also have a very bad experience trying to teach someone Photoshp stuff, so yep. <_<

The only thing I can help with is general advices; as far as manga goes, personally, I download the raw volumes, you can get them here or search nyaa.eu for torrents. However, you need Photoshop and the Topaz addons to be able to at least somewhat clean the raws, since some of them aren't of best quality.

As for anime, I download 720p episodes from horriblesubs (you can also find their torrents on nyaa.eu, the files generally start with [HorribleSubs] prefix and are in mkv format, you can switch the subs off that way), you may even try the 1080p ones, but imo they're waste of space. I resize the image to cca 520px, play with levels, saturation and vibrance, apply some brightness, contrast and a bit of sharpen. I do this in Photoshop, though.

Finally, I doubt I'm the right person to teach gifs, apparently my method is inefficient and time consuming :P. I suggest asking Oz, maybe? He's much better than I am. ^.^ That, or Google is your friend. I learnt how to make gifs on my own, after all.

Here, download this Photoshop. It's free and only requires you to read the short instructions. :)
Mega

I need you to make a smaller signature. >__>
Mega

I dunno, he transformed his arm, so I guess it should be named: Beast Arm: Giraffe Leg? XD

And yeah, Lisanna's Guild Mark disappeared when she went to Edolas, where she changed it to where it is now.
Mega

Yeah, Giraffe Leg is fine. And lol, I saw, but the link to your user page is broken. :P
Mega

If fixing grammatical errors is not your forte, then don't try to do it. The Image Guild does not require you to look around for errors and fix them. We just need you to know how to add images correctly to the articles. Also, do not leave the underscores in between the words when you post an image. And don't rush through your jobs. Feels like you were rushing to get Jet done with. You even messed up the Edolas header. :P
Mega

I was inactive at the end of the month last month. Do you have that gif ready for me?
Mega

If you don't reply by Monday, you're out of the IG.
Mega

I gave you more than a month, but still no reply from you:

See ya around.
Mega

A Happy and Merry Christmas to you~

Retrieved from "https://fairytail.fandom.com/wiki/User_talk:Arvee100smart?oldid=768738"
Community content is available under CC-BY-SA unless otherwise noted.