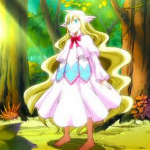 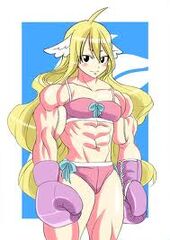 Are you Mika Suzuki to copy all that stuff in her page?

She's probably the same user of both accounts, Red. Isn't it a suspicious that of all the good profiles that exists in the wiki, she copied Mika's, both the exact color and format? :O
✪ User Page ✪ User Talk ✪ 11:31, 4/29/2013

Hello. Do not copy anyone's codes without their permission. That could be a violation of the User Page Policy. Please take time to read that policy and every other policy in our wiki. Anyway, a user removed the codes you copied. If you continue on doing so, you may have your userpage deleted by an admin. Thanks.

Hi. Don't worry about it, just ask for permission next time. Copying the layout entirely is not allowed here and it just isn't polite.

Awwww. That's cute. xD I appreciated it. Anyway, to pay back your sweetness, I got this for you! Though i'm not the one who created that beautiful art. :)

Thank you! :) Anyway, I have two things for you. First, that image is a duplicate of this image, so it will soon be deleted as it violates the policy. Second, do not edit a section which was already overlapped by another heading below; create a new header for your message if the section above isn't related to it. Thanks again.

You'll have to send wiki a message requesting a change.

Aww, that looks really cute. Thanks! :)

Eclair? Aww, thank you. Anyways, you asked about taking some code. You're allowed to do so but just alter the design so it remains unique. If you need it, I'll help you out when I have free time. King of Uncool 12:05,5/15/2013

Yeah, that's really beautiful :) I have seen it for the millionth time but never got bored of it. Of course that's `cause i'm an ultimate fangirl

Anyway, I thought I told you to never edit those headers overlapped by another header below. In that case, you have to leave your message in a new header. It's hard for me to find your message for that very reason, so please do not do that again.

Hi!!! nice to meet you glad i'm joined in this community

Hello, AngelBliss. I want you to know that this page has caught my attention. And as you can see, your signature and mine have the same similarities, starting from the format, the colors, font and the gradients used.

I would've appreciated it if you asked my permission first, because when I made mine, I asked Monét, a user who has the signature similar to mine, on which something he agreed. You see, I worked hard to attain the signature I have right now, and having someone to copy it on a whim is kind of rude. Making a signature isn't an easy task. It'll take a lot of typing, thinking, trial-and-error and imagination to make one. I am not stingy when it comes to this things; it's just that I find it unreasonable that you used my codes without my consent. Just imagine if you copied something from another without their knowledge and that user gets extremely pissed, what would you do? I want you to know that even though I am obviously offended, I wont give in, and I wont bring my personal emotions in here; I am going to deal with this in the wiki way, the professional way.

Now, I came here not to demand that you should change that signature into another one. If you like what you have right now, then so be it. I will just kindly ask you two things:

Do not edit that page unless you are given permission.
Mega

First off, sorry for a bit late reply. I was watching an anime episode a while ago. Anyway, the codes are <span title="text you want to appear"></span>. An example is: Red which was created from <span style="color: red;" title="Hello!">Red</span>. If you have anymore questions, just ask. :)

Re: The Big Reveal

Wow... That's great. But actually, I knew that for a long time. It was really obvious back then, to be honest. Anyway, hath no authority to block you, like I'd even do that. I guess i'll see you around then. Later.