Oh boy, where do I begin! There are actually a few things to talk about as far as this double release is concerned. Yes, in case y'all didn't know, there are 2 chapters out this week.

Starting with the most important thing, we finally have it! Yes, ladies and gentlemen, the moment of August's creation is finally laid bare to our eyes! In color, even. I have to admit though, even if I'm not the biggest fan of the development that has come outta Mavis and Zeref's relationship, that page is actually really beautiful. In fact, it's the art that I have to, once again, praise as the thing that's carrying these chapters. Starting from the colored pages, to Zeref's not-even-my-final-form design, things have been looking spectacular in this double release. 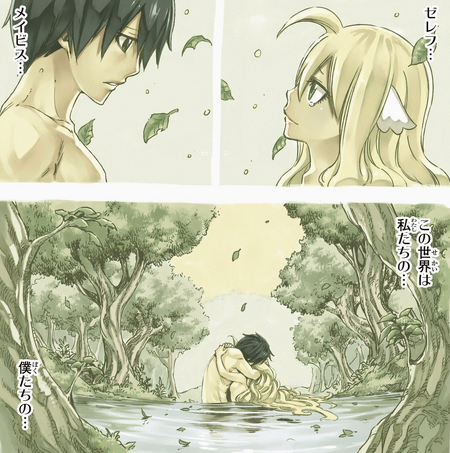 Talking about the cover... Mashima please, you're not even hiding all the copy pasta, along with your intention. Natsu and Lucy sleeping the same way as Haru and Elie towards the end of Rave, anyone? Why are Gildarts and Cana the part of what looks like a hey-these-are-the-main-ships color spread is beyond me, though... 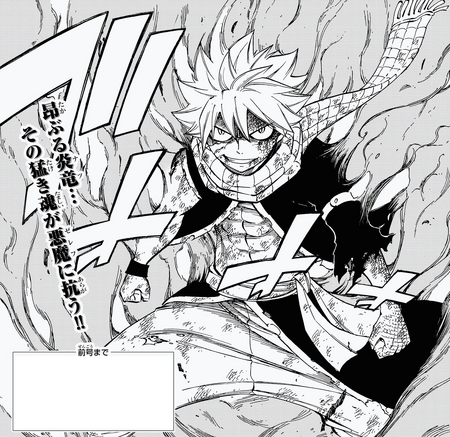 This is gonna be a nice battle.. right?

Anyway, the actual chapter opens with a pretty cool panel of Dragon Force Natsu. You know, if there's anything I actually looked forward to, it was some nice Dragon Force Natsu battle choreography, however short, before the inevitable happ- 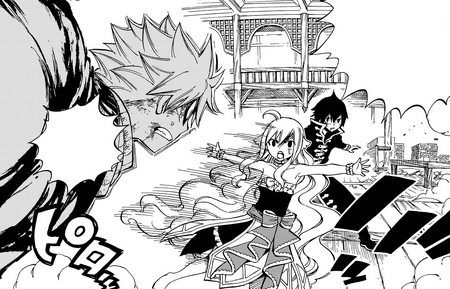 O-okay then. So Mavis' oh-so-awesome plan is to not only cockblock Natsu, but also to get captured again. Fairy Tactician, everyone. Mavis is a literal nuke that was just handed to North Korea on a silver plate, hoping that they'll just keep it in their shelf as a trophy. On the other hand, what the fuck did Zeref need Irene for, if he just could take Fairy Heart in the matter of a few minutes, as soon as both him and Mavis got Universe One'd into the guild? Also, I feel Zeref's fear of getting played with by Acnologia seems a little unreasonable... Given that Acnologia doesn't care about anything but getting rid of dragons, otherwise he just sits at a random cave, most likely fapping or some shit. But okay, let's move along. 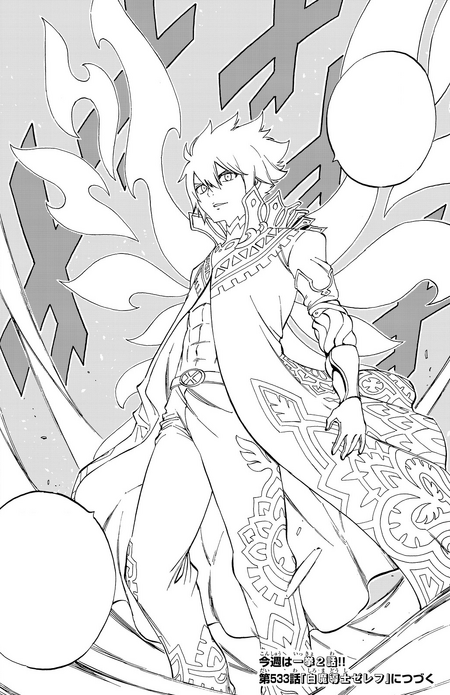 So Mavis has Fairy Heart taken on spot. Just like that. Can I hope that this is actually a part of some grand Aizen-like plan? Because Mavis has been making dumb decisions all arc, drunk me could do better. And not only that, she also shittalks Zeref's plan, because ... because she doesn't want the world where she met Zeref to be erased. Um, I thought you weren't supposed to like the guy anymore? w/e at this point. 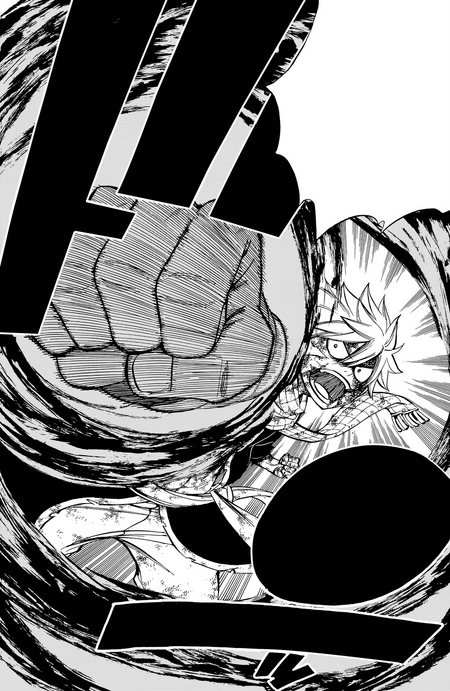 Anyway, Zeref turns into a butterfly. Yay. Why do final villains think that's a good idea? Looking at you, Aizen. Although Zeref's not as ugly, thankfully so. So, tanking Natsu's Demolition Fist, Zeref just reconstructs himself and stabs Natsu. I did see a different take on this scene, but Yonkou's translation makes that part all the more savage: lul Makarov ded, no need to apologize! Damn, Zeref. 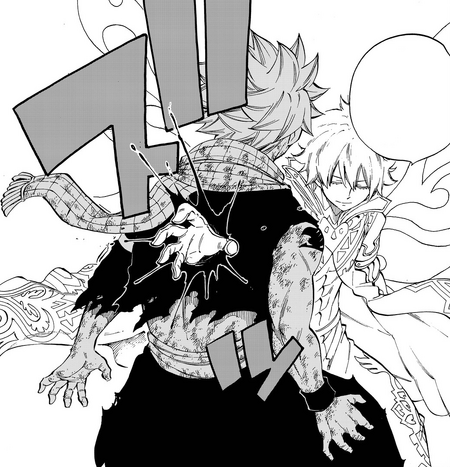 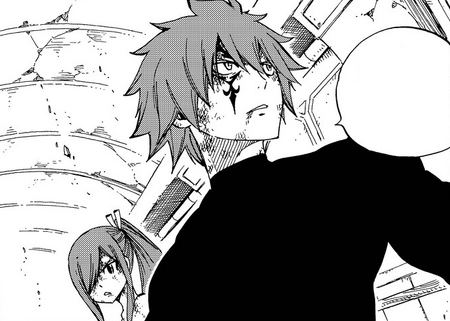 Retrieved from "https://fairytail.fandom.com/wiki/User_blog:Miskos3/Fairy_Tail_Chapters_532_%26_533,_Review?oldid=960208"
Community content is available under CC-BY-SA unless otherwise noted.