Yaaaaas. Erza Scarlet, the best character in this manga. ಠ◡ಠ

Honestly, I'm very happy with how this chapter turned out. I'm not sure if there is a fight in this manga, with a base idea behind it that I'd dislike more. In other words, all this time, I've highly hoped for Natsu vs. Gray to be stopped by any means possible. (Although, if the circumstances were any different, I'd say that the choreography of the fight in this chapter was pretty awesome). And what's even better, it was The Queen of Fairies that steps in. And not Juvia or Lucy. 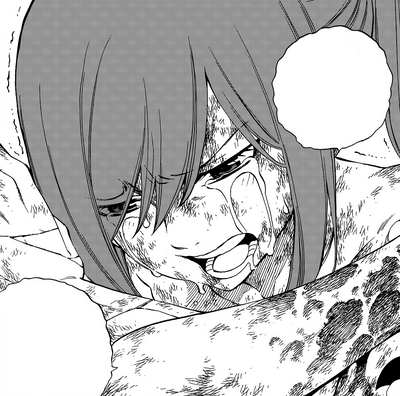 There seem to be quite a few people who will call Erza's barehanded block a bullshit, but I wholeheartedly disagree with that notion. She took a lot of damage from the magical/demonic properties of their attacks, as you all can notice from the burnt/frozen hands, but besides that, they were still just... punches. And we know that Erza is extraordinarily strong, in physical sense. Also, don't say that panel isn't full of badass. 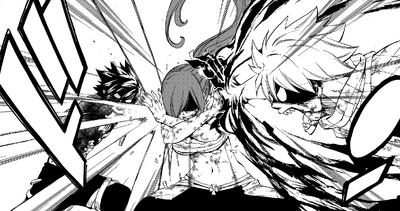 As for the rest of the chapter, it looks like we'll be under the impression of Makarov's demise for a bit longer than in Juvia's case. I liked the little scene between Mavis and Laxus - where tf have you been, though? .-. It seems like Mashima is setting Laxus up to be the next leader. 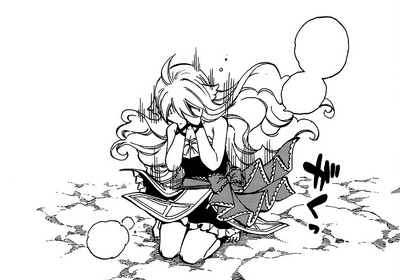 Zeref is apparently very busy fapping, otherwise I have NO idea what he's still doing inside the guild, since he wanted to leave like 50 chapters ago and even after Mavis trolled Irene, he was all for hunting her down. Doing a great job at that, dude.

Overall, the chapter was pretty nice. If Makarov really stays this way, all the more.

Retrieved from "https://fairytail.fandom.com/wiki/User_blog:Miskos3/Fairy_Tail_Chapter_506:_The_Broken_Bond,_Review?oldid=940780"
Community content is available under CC-BY-SA unless otherwise noted.