Damn, what a chapter! The Alvarez Empire proves that they are worth the hype! The Spriggan 12 band together to build a wall around the Fairy Tail guild and they even have them pay for it... You get it? Trump Card? Ha.. haha hahaha.. no. Let's ignore this bad joke that's been circling around for a while anyways. *Ahem*

First of all, for those who aren't aware, the person that used to release the Fairy Tail spoilers (among others), YonkouProd, has now started translating the whole chapter and it looks like that puts us back to Friday releases. For how long this is gonna be happening, I dunno, but I guess it's nice to have the chapter at the end of a week.

PROVIDED THE CHAPTER IS ACTUALLY GOOD. I mean... As much as this chapter was great, that only goes for the chapter itself. I'm not sure if you guys get what I mean, but if we think of possible consequences, or rather, no consequences happening, it's just gonna be another tease. Look, this is the fourth time in this arc? that someone has tried to die, but Mashima just went nope.jpg. Makarov tried to die like 5 times in the whole series, too. So forgive me my skepticism... And that's coming from someone who actually doesn't take Fairy Tail seriously and tries to enjoy it as it is. However, it's very hard to do so, when Mashima constantly undoes good and emotional chapters. 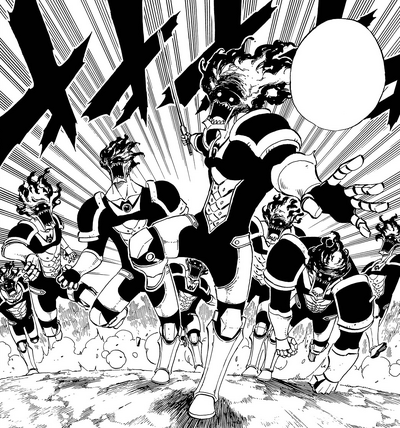 As for the rest of the chapter, we've actually gotten to see some nice things.

We've learnt that there is a drawback to this spell. It kinda came out of the left field, but... finally. And it explains a lot. It explains why Makarov or Laxus just don't use the spell to end wars. It gives more depth to the whole Makarov vs. Hades stand-off, since I never truly understood what was gonna happen, if both of them launched the spell. So yeah, that was pretty nice. Also, since there was a panel with Natsu and Gray, I hope to fucking god that the spell cures their stupidity. I'm not even joking. Please, just end that farce. 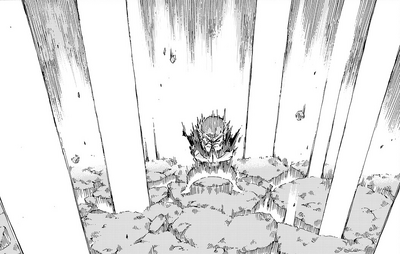 Flame pants, yay! My "at least she's using a new armor" comment from last week is kinda irrelevant now, eh? What I want to talk about though, is the unusual focus on Erza as Makarov supposedly sacrifices himself. You'd think that Laxus would be near once Makarov decides to depart for good, but we don't even know where Laxus is right now. This is very interesting though, because in spite of the title of my next paragraph, this actually gives Erza another reason to oppose Irene, regardless of what the relationship ends up to be. 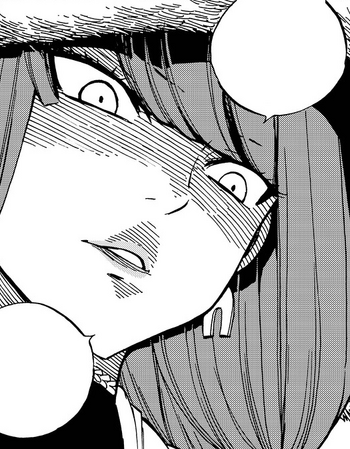 So Irene finally does something. I take it I shouldn't really expect flashy stuff from her, since her magic is what it is: she enhances things. And people. We still need to see what makes her worthy the title Scarlet Despair though. Meanwhile, Mavis. Even though I loved how she trolled Irene, she is kind of.. just there in this arc? Making mistakes, or nothing at all? She makes her title seem rather underwhelming right now. Lol @ Makarov telling her to shut up though. 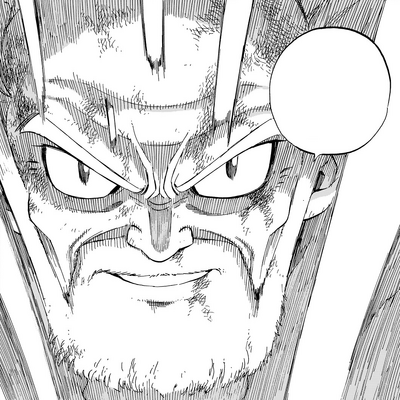 Retrieved from "https://fairytail.fandom.com/wiki/User_blog:Miskos3/Fairy_Tail_Chapter_505:_Trump_Card,_Review?oldid=939971"
Community content is available under CC-BY-SA unless otherwise noted.