I will update this review properly later as I have no time right now, but let me just say:

Okay! I might actually just end up being super positive at this point, because let's face it, at this stage of the game, the complaints are repetitive as hell, if not cringeworthy. I mean, the next time I read something about one shots and/or nakama, I might shoot a puppy. And not because I disagree, quite the opposite, but constantly reading about how water continues to be wet is rather bothersome, to say the least. 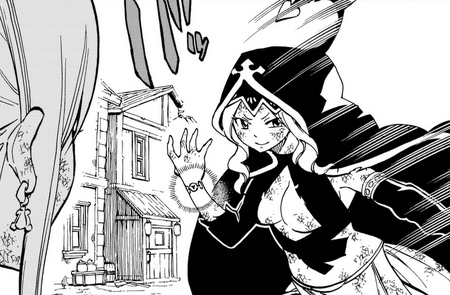 Moving to the main meal, I guess I'm just going to repeat myself: the real world events are faaaar, faaaaaaaaar more interesting, as well as entertaining than the actual Dragon Slayer battle. As a former member of LUT, I cried a little inside, seeing virtually every single character appear, but at the same time, it was quite fitting. Poor Bleach characters hardly had such a privilege. Most importantly though, our girl Meredy is here and being super-mega awesome. ^_^ 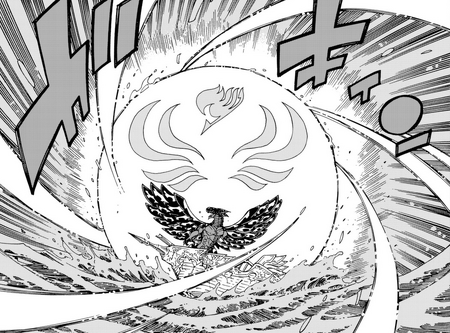 And finally, on the front of Dragon Slayers... well... it actually ended up being better than I expected. Of course, we could also talk about how my expectations were near the Mariana Trench, but let's not go there. I liked how Igneel's past actions ended up reaching this far, with Acnologia trying to use his lost arm as he was cornered. One of the rare moments when something had a consequence. Hell, even the Natsu fist thing was cool looking, an upgrade from all those Natsu punches we've gotten lately. 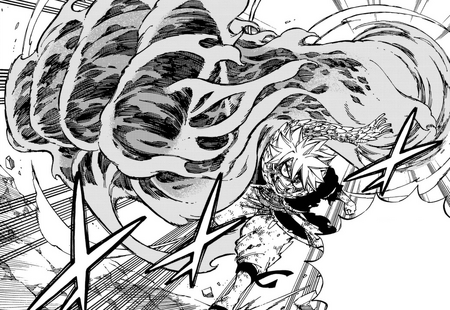 Well, looking forward to the final chapter. Fingers crossed for Mashima not confirming any of the ships. Or make them weird. :D

Retrieved from "https://fairytail.fandom.com/wiki/User_blog:Miskos3/Fairy_Tail_544:_You%27re_the_King,_Review?oldid=966500"
Community content is available under CC-BY-SA unless otherwise noted.