Well, I'm going to keep this short, as not much happened in this chapter (I feel I've been saying this line quite a lot recently). 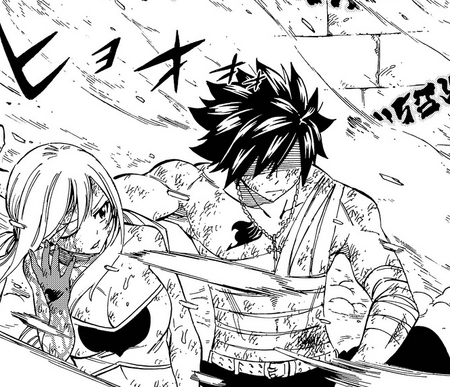 Clapclapclap, took you a good amount of time to notice that your precious Book of the E.N.D. has disappeared, Zeref. In any case, it looks like that by messing with the book, Lucy is inserted by Natsu's demonic flames. ಠ◡ಠ Good thing there's a random Devil Slayer nearby, right? All jokes aside, I'm actually liking the effort that Lucy and Gray have been making, in order to save Natsu. I'm quite curious to see where this leads to though, especially when Lucy's fate is not too clear either. 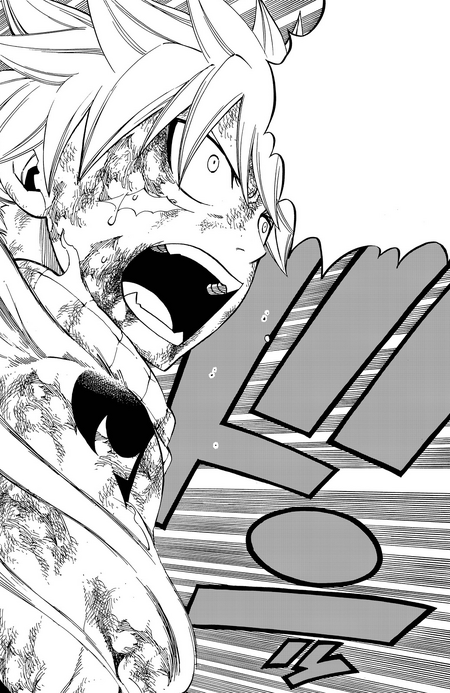 So apparently, 'a certain character's final scene has made Mashima cry'. *looks at Jellal getting crushed by Acnologia*. Dis be another joke, but hey. It's probably gonna be a happy scene that Mashima is referring to. Still, now that even Jellal failed to push Acno into the space asshole, I'm, once again, curious to see what's gonna happen now. Meanwhile, Natsu and Zeref go punchpunch. Look at Zeref using a named technique, too! Must be a first. Oh well! Till next time.

Retrieved from "https://fairytail.fandom.com/wiki/User_blog:Miskos3/Fairy_Tail_535:_The_Greatest_Power,_Review?oldid=961938"
Community content is available under CC-BY-SA unless otherwise noted.