Ahhh, don't you love it when a chapter is leaked over a week early? ( ._.) And it was actually an okay-ish chapter. 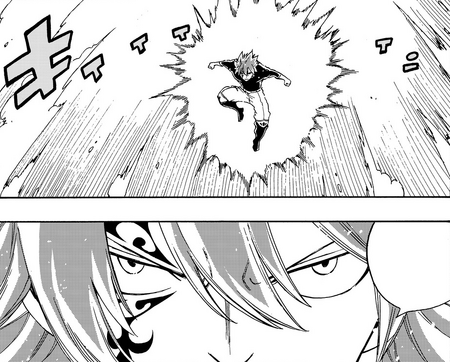 Pretty much nothing extraordinary or shocking happened though. I'm really enjoying the attention that Jellal's been getting, honestly, even if Acnologia has been super-plot-nerfed ever since the chase has begun, he still is the most powerful character of the series, so Jellal evading his attacks and even landing strikes of his own - in spite of no effect whatsoever - is still pretty impressive. Now, his final action in this chapter really points towards Rave-like fate, but I don't believe Mashima will go down that route once more. 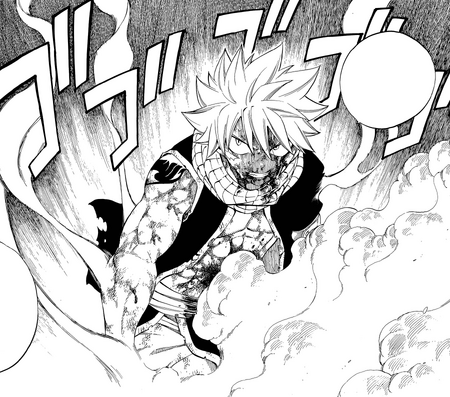 Now, Lucy's part of the stage is also going pretty much the way that everyone expected: she "fixes" the parts of the book that are suddenly being destroyed as per Natsu's injury, and Natsu gets up as a result. Some okay metaphors coming from Zeref and then a usual Natsu quote follows, although this one is somewhat nicer as it probably reflects the information of Makarov's death being learnt. Probably the most interesting part of the chapter is the last page: some weird shit starts happening to Lucy and we can only guess what it is. Do we have a new subject of Curse of Contradiction perhaps, as Lucy is technically messing with "life", rewriting the book? We shall see~ 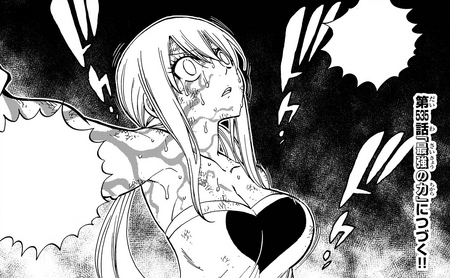 Varicose veins in such a young age, sucks

Retrieved from "https://fairytail.fandom.com/wiki/User_blog:Miskos3/Fairy_Tail_534:_The_Door_to_the_Vow,_Review?oldid=960967"
Community content is available under CC-BY-SA unless otherwise noted.