Tfw you don't notice a huge-ass ship flying towards you that wants to insert itself into your dragon ass. Welp. 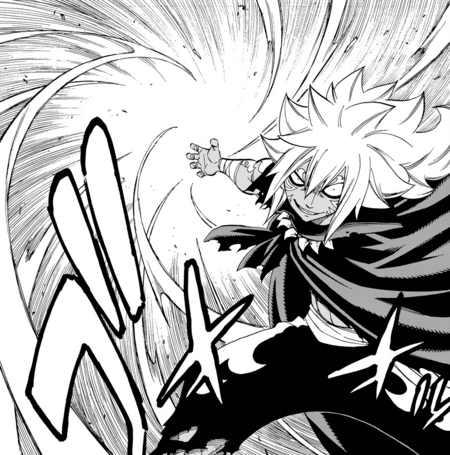 Uwaaah. Color me surprised though. ( ._.) Mah boy Jellal isn't written out of this arc yet? He gets some action? Against Acnologia? Being actually impressive? With new spells and not just punches? *wipes tears* 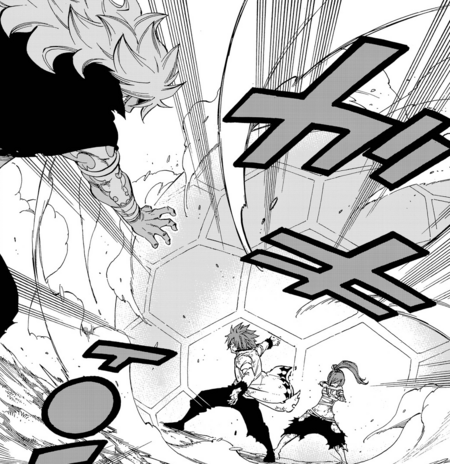 And at the same time, Acnologia isn't even bothered by it because he eats all magic. I guess that makes sense and honestly lines up with all those 'Ethernano Dragon Slayer' theories. Anyway, Wendy should chill a little. But then... Ichiya rams his magically-repaired ship into Acnologia and honestly, that's kind of funny, because this might just become true... Ahem. And so, Ichiya is seemingly led by an unknown woman who definitely isn't Anna ninja'ing herself into the gate with the little Dragon Slayers back then. 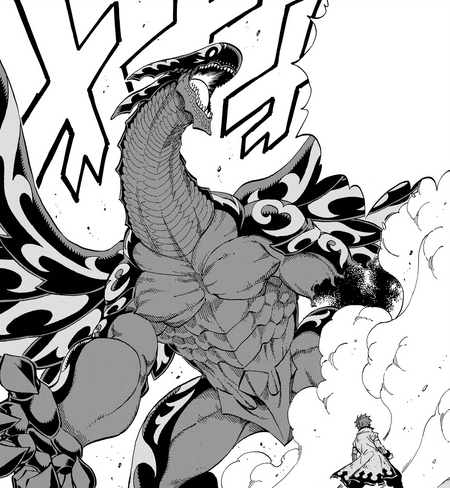 On the topic of Ichiya and totally-not-Anna: there was this Q&A in one of the recent volumes, which asks about Ichiya's whereabouts post-Universe One. The answer is that Ichiya was thrown into some residence, fell in love at first sight with the beautiful girl he met there and now they are getting along while watching a DVD and having fun.

I guess Mashima plans at least something. 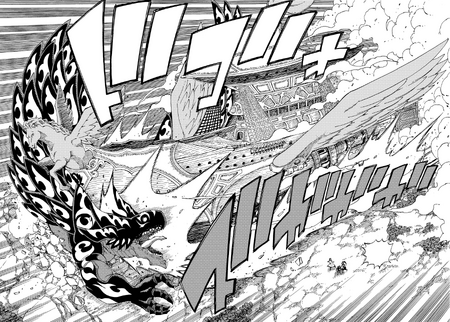 And finally, this was talked about in the previous blogs, but now I'm quite curious about its meaning, so let me mention this: each of the last 4 chapter covers are present with some letters put into the image seemingly at random; however, the first 3 put together make for the word 'Saigo', which, afaik means "Final" or "Last". Now, this chapter introduced a cover that contains the letters "Ma". I wonder, what could it mean? Make your guesses!