Okay, I may have already talked about something similar last week in a blog comment, but I feel I really have to point out a certain thing that has been happening for a while, in fact, it's present in multiple arcs and not just recently: there is a chapter, sometimes even a series of chapters in a row, that accomplish... absolutely nothing. Zero. Nada. And why? Because Hiro keeps jumping among people, scenes, plot points. 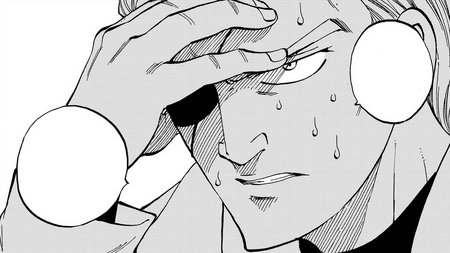 It's been like 4 chapters, maybe? 5? And we're still at the same stage. Zeref and Natsu are stalling each other. August is blabbling about his his cryptic evil senile grandpa stuff and Gildarts and Cana are playing house. Acnologia is most likely eating Wendy. Hue. 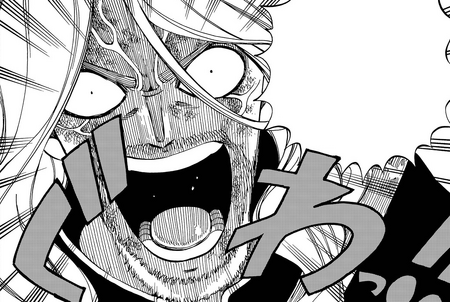 I don't know, I'm kind of full of these chapters that accomplish nothing. The worst part is that after all this build up, things are gonna end quickly anyway. Natsu will one-shot Zeref. Gildarts will blast August away. Or maybe even Cana. :'D Wendy will eat Acnologia instead. Yay. I just want Mashima to focus on one thing at a time. 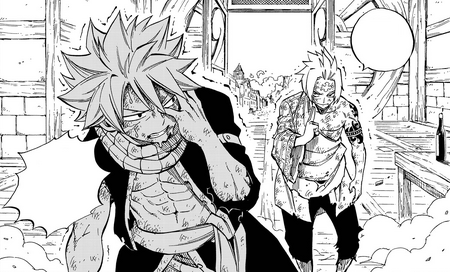 And that is exactly why I don't even know what to talk about in this review, Gildarts is pissed off, but the battle is still boring and hasn't moved anywhere, the choreography of Natsu vs. Zeref is pretty cool, but not much happened over there either. We get a confirmation that the 'ultimate contradiction' that Mavis and Zeref performed wasn't just the kiss, but Zeref slipped in the tricky dicky as well... Oh and Larcade is ded. Maybe. Not like anyone cares. ( ._.) 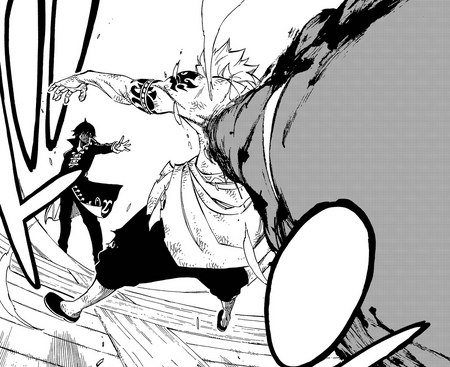 I also want to mention the chapter cover, because if this is what we're getting now - FT Memories - then nothing screams more that the series is ending than this. RIP.

Retrieved from "https://fairytail.fandom.com/wiki/User_blog:Miskos3/Fairy_Tail_525:_Why_Did_the_Emperor_Never_Love_His_Child%3F,_Review?oldid=956280"
Community content is available under CC-BY-SA unless otherwise noted.