First of all: Next issue should include two chapters and a movie info! Yay?

Second, the chapter. Sort of a transition chapter once more. And again, a rather good one, but at the same time, I'm not sure what to talk about. Laxus is carrying Makarov back to the guild *cries* while everyone else keeps fighting the fodder. Talking about fodder... a conclusion to Mira and Elfman's fight. o.o Who would've thought, eh? 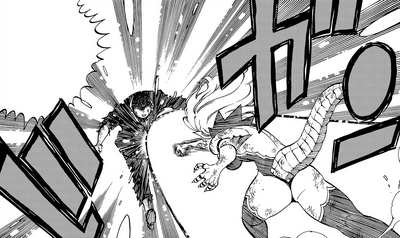 I mean, it's obvious that those fights existed only so that the characters in question were occupied by something, but still, did they have to be completely off-screened? Mirajane beating Jacob in the end is cool and all, but... let it sink: Lisanna took Ajeel down. ಠ◡ಠ Grandpa's random ass appearance? Ok whatever. 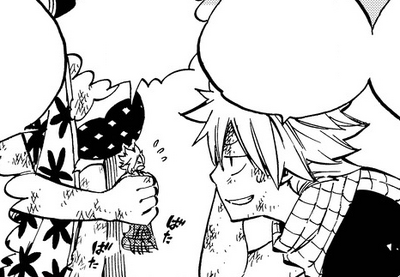 Meanwhile, Brandish is going "screw this shit" and leaving the battlefield, however, Dimaria literally pooping herself upon seeing Natsu was the funniest shit ever, followed by Natsu's facial expression. :'D 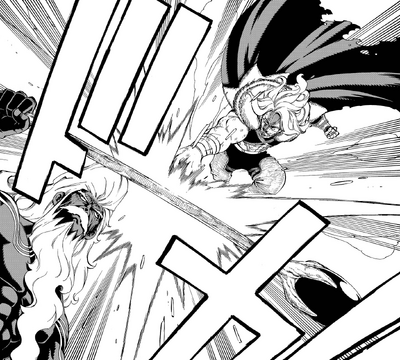 Finally, the main meat of the chapter: August, still in his angry grandpa mode, apparently plans to nuke Magnolia from top of the church, but Gildarts drops himself onto him from above to stop him. *slow clap, unpredictable match-up all right* Oh, and Gray vs. Zeref. Ooops? I was more amused that Zeref expected Laxus to arrive, for some reason. .-. 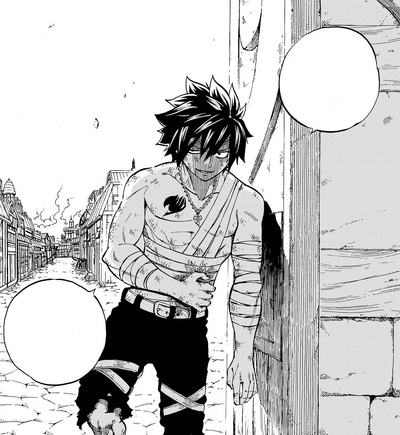 Oh well, so that was an okay chapter. Let's see if Gray can actually do anything...

Retrieved from "https://fairytail.fandom.com/wiki/User_blog:Miskos3/Fairy_Tail_521:_The_Strongest_Wizard,_Review?oldid=954386"
Community content is available under CC-BY-SA unless otherwise noted.