Thank you, Hiro Mashima, thank you.

I hope this chapter means what I think it means: the E.N.D. subplot is over. Done. Finished. No more contradictions. No more forced Natsu vs. Gray-like fights. No more "you ded if I ded". No more "oh, look at my asspull evil form" retcons. Anything and everything that involved E.N.D. ever since he was 'introduced' back in Sun Village arc has been nothing but a disaster. Please, just... let it die. 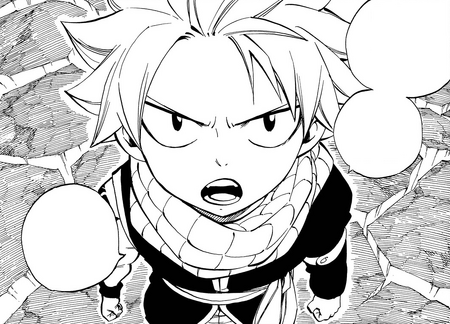 Looking at this from another angle, one should probably be hella pissed off with this development: literally three arcs worth of build up ended with "oi, but I am a human *seeds self-destruct*". Too bad Irene didn't think of that before she went batshit insane. Oh wait... But honestly, I loathe the E.N.D. subplot so much that I welcome any and every way to get out of it. I'd rather watch Erza with no bones destroying planets. Hue. The same way I loved the Queen ending the disaster of a fight that was Natsu vs. Gray, I'll be happy if Natsu making a choice ends this. All in all, Natsu staying human is a pretty logical conclusion. 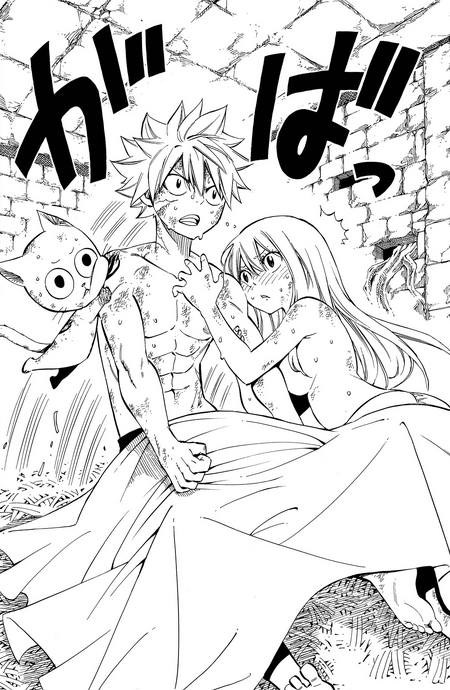 Meanwhile, Universe One is undone which implies Irene's death. Knowing Mashima, it was obvious he would do this sooner or later, however, I'm curious to see if it randomizes people throughout the continent once again. Before the chapter went out, I amused myself with the idea of Acnologia about to arrive back to the battlefield... Just to be transported away once more as Universe One ceases to exist. Also, lol @ Zeref chillin' at the guildhall for like half of the arc. 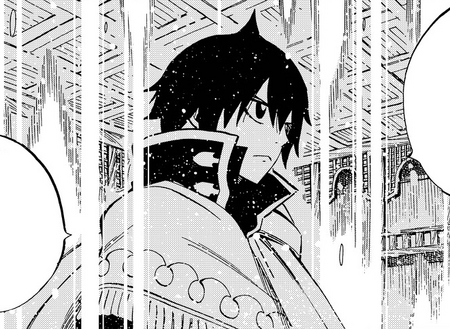 And finally, I gotta say that the moment between Erza and Wendy was pretty sweet. Most importantly, Makarov isn't forgotten as the arc progresses *cough*Neji*cough* and we see the effect of his demise on the characters even dozen chapters after it happened. Well, at least something that's well done in this arc. 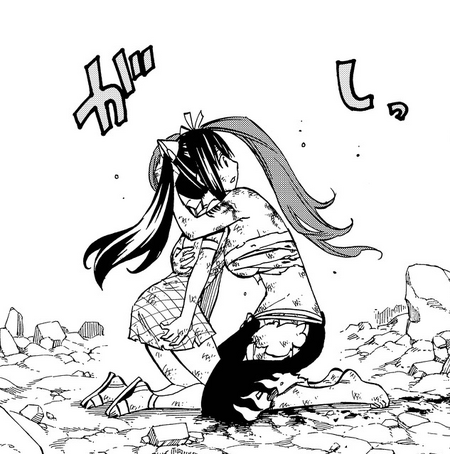 All in all, a pretty okay transition chapter. Mah boy Natsu is up and things are heading to the final stage. The strongest wizard makes his move next week?! 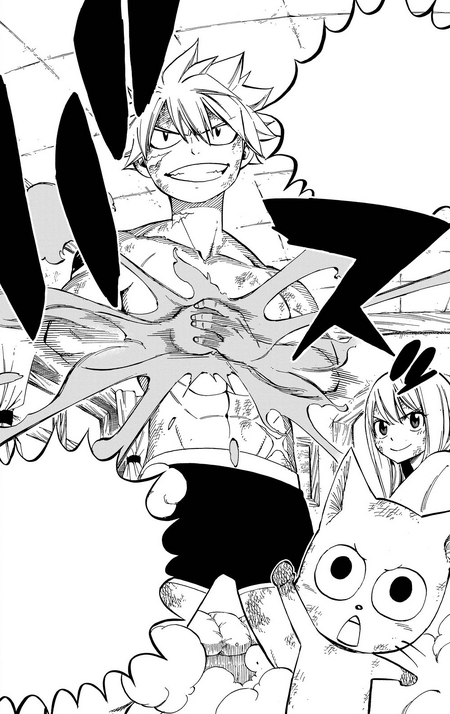 P.S. I strongly suggest re-reading the chapter once it's released by Mangastream, and later, Crunchyroll. Yonkou's effort is greatly appreciated, but I have to say that the translation is iffy at times... Contradicting even. I mean, this isn't chapter 521. xP

Retrieved from "https://fairytail.fandom.com/wiki/User_blog:Miskos3/Fairy_Tail_520:_Dragon_or_Demon,_Review?oldid=953758"
Community content is available under CC-BY-SA unless otherwise noted.