I have been laughing out loud ever since I read the chapter. I'm not sure if I suffered some kind of brain damage during this exam period, but I'm truly amused and I just can't stop laughing. 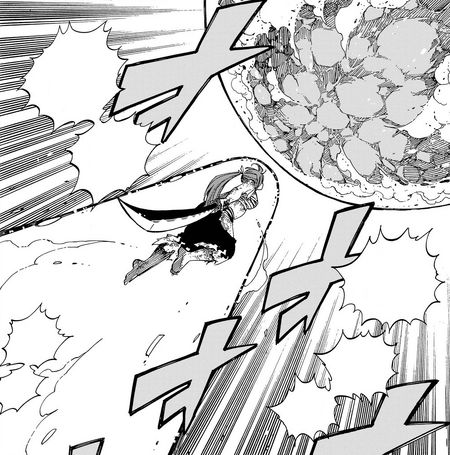 So, let me get this straight.

Erza the QUEEN actually DESTROYED the goddamn meteorite and then proceeded to SLASH the fuck out of Irene - okay, Wendy helped, but still.

ERZA IS THE TRUE DRAGON SLAYER OF THE SERIES 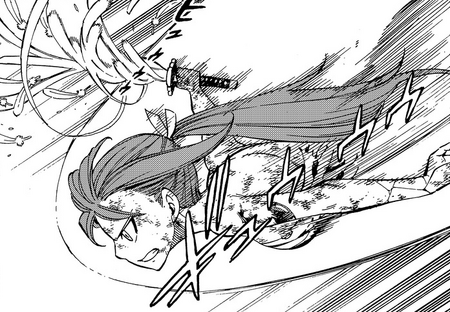 Out of like 7 dragon slayers-protagonists or whatever is the number now, Erza is the only person to actually eff a dragon. Well, kind of.

And I don't know about you guys, but I find this absolutely fantastic because I can already taste the salt through my screen. This chapter is priceless on so many levels.

Okay, to be somewhat serious, Erza got trashed pretty badly and in the end, Irene basically commited suicide so I wouldn't even call this Erza's win. But hey! It was quite something to behold. 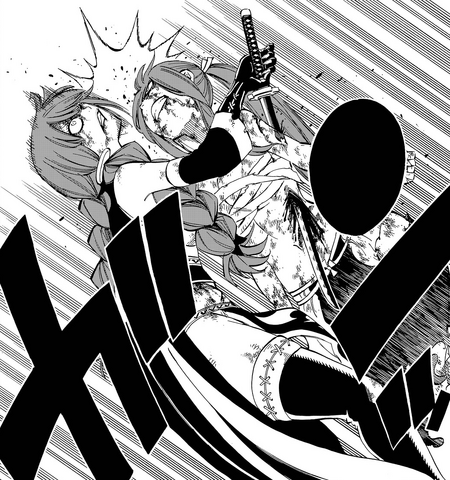 Truly, I can't even be mad. I'd say that Irene is the Spriggan to live up to her hype the most. That doesn't set the bar too high, but she's actually shown a lot of epic stuff, she has gotten a pretty good backstory and some plot relevance. I can see why a lot of people may be disappointed, but I pretty much understand Irene's train of thought. Unable to kill her own daughter, unable to attain a new body, yet unable to keep going within her current, "cursed" body - that just gives her only solution: to end her own life. It does seem random, but if I have to make a comparison, we can look at Ultear stabbing herself as she realizes that there is nothing left for her to do anymore. 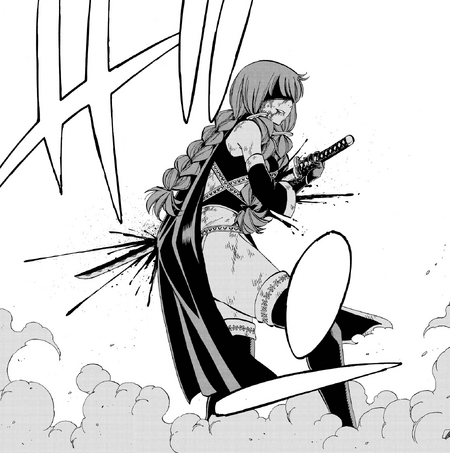 Overall, I'm going to say that this fight was a rollercoaster, from an awesome backstory, then Irene going cliché insane - even if there is a legit explanation for that - to Erza doing the impossible once again. However, it was still entertaining and it had great action, so hey! Whatever...

Retrieved from "https://fairytail.fandom.com/wiki/User_blog:Miskos3/Fairy_Tail_519:_Show_Me_Your_Smile,_Review?oldid=953181"
Community content is available under CC-BY-SA unless otherwise noted.