Hmmm, by all means, this was a pretty good chapter on all fronts. I'm definitely into this flashback and I actually love that we have a villain so closely tied to the history of the series' world. I'm also all into learning more about Erza's origins, however, I do have to wonder what is Hiro's intention in regards to Erza when it comes to the newest information. You see, whenever a main character of this series met up with their parent, the result was a power-up for them and more relevancy for the story. Looking at you Gray. So the only conclusion I can make is: Mashima wants to make Erza relevant in the upcoming battle against Acnologia.

And I'm not sure if I like that. Again, this is all a speculation on my part, as it seems like we're only at the start of the flashback, but if it turns out that Erza actually has some Dragon Slayer capabilities... I dunno, that just seems so random to me. And I hope that won't be the case. 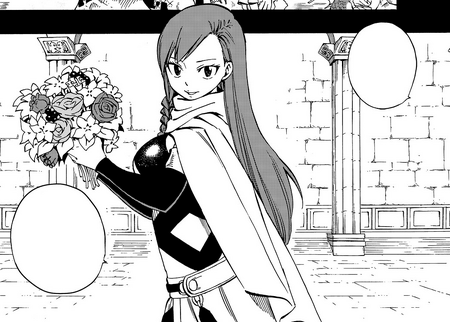 As I said, I totally love the flashback and more insight into the Dragon Civil War is interesting. I am just a tad unsure why they called it "Dragon King's Festival" when, according to Zirconis, what we are seeing in this flashback should be the Dragon Civil War, and once Acnologia rises to power, Dragon King's Festival begins, resulting in the murder of all dragons. So yea, just a small inconsistency that I see. Perhaps Irene is just misinformed, or her information was meant to be vague. 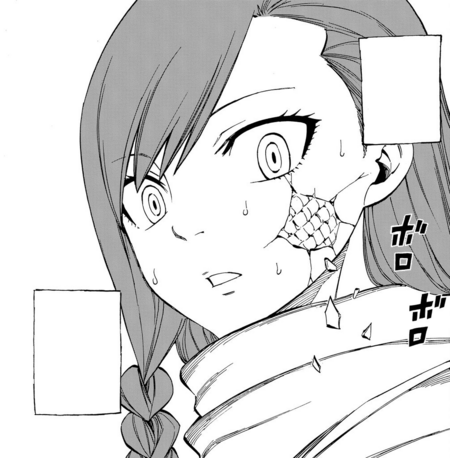 It is clear that the current Irene has no possession of Dragon Slayer Magic (unless she suddenly whips it out...), so I can only speculate that it was Zeref who reversed the process of Dragonification. Another option is that she's actually an ugly Dragon-Human just masking her appearance with her Magic. *shudders* Once again, we shall see soon. Hopefully. 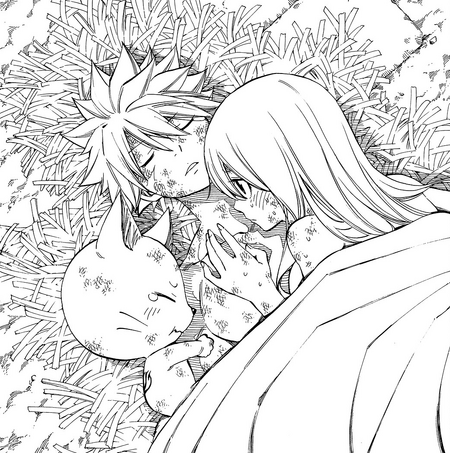 As for the Natsu part, we've been getting teased so much about the "truth" that I can only wonder what it's going to be. It's nice seeing the other Dragon Slayers in his mind, too. Also, I actually like the whole scene with Lucy. I'm totally gonna ignore all kinds of discussions this week, because the fandom of this series is disgusting. Everyone and their grandma will just scream NaLu or Fanservice!!! or a combination of both, but no one friggin' looks at the fact that one way to treat hypothermia is a direct body-to-body contact. No one considers the friendship between Natsu and Lucy which lead the latter to perform the act with no hesitation in order to help her friend. You see, I don't deny the fact that Mashima most likely used this situation to pander to those who enjoy the ship, however, each time something like that happens, the reactions are absolutely disgusting and I wish I never had to read them.

Retrieved from "https://fairytail.fandom.com/wiki/User_blog:Miskos3/Fairy_Tail_514:_Dragon_Seed,_Review?oldid=947934"
Community content is available under CC-BY-SA unless otherwise noted.