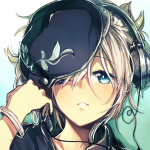 HELLO <insert name here>! My Name is WoodOlietta or you can call me 'Wood' or 'Tsuki'. I'm one of the Fairy Tail Wikia's user.

The first chapter of Fairy Tail's manga which I read was Chapter 92. Then I continued to read the manga on Fighting Festival arc series. After I finished read all the chapters of Fighting Festival arc, I jumped into the Tenrou Island arc series and continued reading until the latest chapter, and lastly, those chapters that I skipped. Then I started to watch the Anime from the beginning until the latest one. And now, I've been learned about Fairy Tail, like, every single stuff in it.

I joined this Wikia on February 2013. So, I'm starting to learn about this and somewhat 'adapt' with other users here.

If you want to chat with me or ask something about me or anything else, just contact me or meet me in the Chatroom (when I'm there), by any chance! Thanks for coming and Sayonara!

Welcome, <insert name here>! Feel free to contact or leave a message on my Usertalk. Anyway, LOOK OUT!

Retrieved from "https://fairytail.fandom.com/wiki/User:WoodOlietta?oldid=814752"
Community content is available under CC-BY-SA unless otherwise noted.