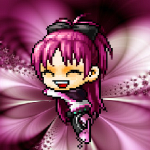 ~About Me~
Greetings, unknown human being. I'm TsundereThunderKnight (obviously), a 13-year-old user from somewhere in Philippines, a tropical country in South Eastern Asia. I'm a Fairy Tail addict and admires how each arc is plotted. As I've mention, I'm a girl. I am currently running for an honor slot at school. I'm smarter at Math and Computer, weaker at English.

Personality
As you can see, I have a picture of Angry Kagura sheathing her sword. By that picture, I guess it's pretty obvious. I can describe myself as Kagura because wee have a lot of similarities. She is shown as a calm character with a dark past deep inside. She can hold a grudge for a long time just like I do. I've never really relied on luck when problems comes to me. I think of it as more of a test that when the slightest mistake is done, your future's path will be changed. I also don't like boasting about what I can do in Math. I'm more of a humble type when people praise me for my work. Okay I'm not boasting off but just admitting that I am quite a leader in our class. Like, when there is a group project and there is no one else around to depend on, I am being elected as leader of the group (actually, only those who are honor, aka smart pupils, who are being elected as leaders). But I mostly prefer to do the work on my own. Having a group with lazy people can slow you down.
But though I am close to Kagura's personality, doesn't mean I'm always like her. I'm also a cheerful, active, hyper person in person. I'm more of like a childish, hopeless-romantic student (if you're wondering why I'm hopeless-romantic, I am not answering that question). And I act like that around people who can understand my native language. It's hard to be sarcastically funny when I'm speaking English.. Seriously.

Retrieved from "https://fairytail.fandom.com/wiki/User:TsundereThunderKnight?oldid=476107"
Community content is available under CC-BY-SA unless otherwise noted.