Hey there <insert name here>, this is my sandbox! You can see my information for current characters, magic, and ablilities in my sandbox! However, do not vandalize page or you will be block from this Wiki.

As stated in the heading, this is speculation on each Dragon and Dragon Slayers strength compared to the given titles. This part can be edited by <insert name here>, which is you, or the Admins based on how you see fit.

This magic allows the user to utilize a stronger and faster version of lightning, or, to be more precise, gravity beams. It also allows the user to eat lightning to replenish their Magic. This lightning magic is imbued with the spatial attribute, so it can affect space-time and alter gravity to a higher degree. It can even create spatial singularities that could even warp dimensions and reality.

Dragon of Magic (魔竜 Maryū) is a Caster-type Lost Magic, Ancient Spell, and a type of Dragon Slayer Magic that has no attribute.

Dragon of Magic is a Dragon Slayer Magic that allows the user to eat any element, Magic, and “evil” aura to replenish their Magic. The Magic itself does not imbue an exact attribute, so it’s unknown as to what their attacks are composed of, excluding Eternal Flare. In refute to this, the user is capable of imbuing their attacks with the Magic, element, or aura they had previously eaten, such as to Acnologia eating Jellal Fernandes’s Meteor and using it to split a sea into two. It’s even stated that the Magic is capable of leaving the user’s opponent in a “half-dead” state, meaning the Magic is capable of maiming one’s soul.

Either Canon or Fan-fiction

Zero Generation (零世代 Reisedai) Dragon Slayers are the real first generation of Dragon Slayers that learned their magic through dragonology, or study of dragons, by dragonologists or self-taught. Similar to 6th Generation Dragon Slayers, they also became immortal to the point where they stop aging and either don’t suffer physical, mental, or both harm. Wherein they only don’t suffer mental harm, they do have instant regeneration. The similarity to the 5th and 6th Generation, they don’t undergo extreme motion sickness as they get stronger, but the reverse. This Generation also had the ability to morph in and out of a Dragon completely as well as using the said ability to rid themselves of the Dragon Seed.

Sixth Generation (第六世代 Dairokusedai) Dragon Slayers, also known as Dragon Bitten (ドラゴンビトゥン Doragon Bito~un) and Vampire Generation (代血 Daichi, lit. Blood Generation), are Dragon Slayers that learn their magic by either being bitten by a dragon or another Dragon Slayer, which is sort of the vice versa of the Generation beforehand. When bitten, their current elemental magic is changed into the form of Dragon Slayer Magic or they’re given a elemental Dragon Slayer Magic based on their nature and/or personality. Similar to the 5th Generation, or Dragon Eaters, this generation doesn't udergo motion sickness. However, as a side effect, this generation gains immortality; it varies as to whether it's temporary or permanent and if it's fundamental, wherein the person is immune to mental harm with instant regeneration, immune to physical harm, or immune to both mental and physical harm.

Ninth Generation (第九世代 Daikyūsedai) Dragon Slayers learn their Dragon Slayer Magic from the methods of previous and later generations, bar fourth generation. This generation shows the ability that was used by the zero generation to morph into Dragons and immune and incapable of producing a Dragon Seed for doing so.

Energy Dragon Slayer Magic is a superior version of Dragon of Magic, wherein the user can eat any Magic, element, aura, and power, such as Magic Power, Curse Power, and all other powers, to replenish their Magic. As to this, they can eat multiple of the fore-mentioned, unlike Dragon of Magic can only eat one at a time. It also utilizes the same abilities and effects of Dragon of Magic to much higher degree, such as Anti-Magic, that the Magic is also taken upon the name of Dragon God of Magic (魔神竜 Mashinryū).

Slayer Magic (滅魔法 Metsu Mahō) is a Caster-type Lost Magic and Ancient Spell that allows the user use the power of their respected element through a specific race.

The following are arranged from weakest to strongest 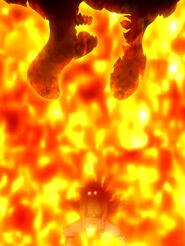 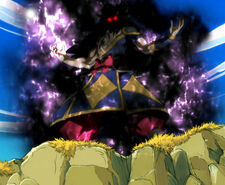 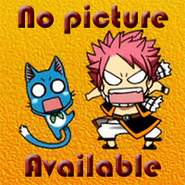 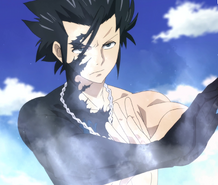 Phoenix Slayer Magic
Add a photo to this gallery

Retrieved from "https://fairytail.fandom.com/wiki/User:SoulRise99/Sandbox?oldid=1010617"
Community content is available under CC-BY-SA unless otherwise noted.