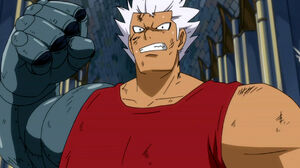 Elfman is one of my favourite characters in Fairy Tail, for relatively plain reasons. First, his Magic is awesome. If I could choose any, making my body parts into funky animals or objects would definitely be on my top list! Another reason I like Elfman is because he's more of a developed character than other FT members. My favourite moment of his was actually in a flashback of his during the Daphne arc, about Lisanna dying... Sad stuff... Too bad Mashima killed it and brought her back. But Elfman is definitely an awesome addition to the FT gang. 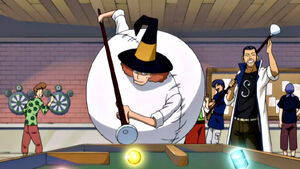 I like Reedus mostly cause he's in the background of things. He doesn't have much to say, but he's still a character that stands out. Also, his Magic i pretty awesome, and I think he has one of the best new looks after the time skip. I also like how nobody in the guild notices the comments he makes, cause their usually pretty funny too. 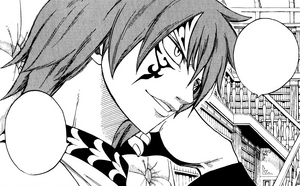 Jellal... hes just cool lol. What makes his character so great is no doubt his connection with Erza. Hes central to one of the flashbacks Mashima actually did right, and his past definitely makes his character, and the complex person he is. Jellal was also one of the strongest main villains if you ask me. Hades was only good cause of his stupid heart, and everyone else was just not as skilled imo, except Zero. After Jellal lost his memory and became "good" i was pretty disappointed at first, but grew to like his softer personality more bit, by bit. His return after seven years was definitely one of his best moments too, and he says one of my favourite quotes in the whole series.