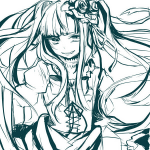 Hey. I am Bookmark8 and I am an anime/manga lover. I've been watching/reading anime/manga for 5 years until now and it's one of the best things that happened to me, as I am a Japan&Japanese Culture Addict too. Fairy Tail is definitely one of the best anime/manga I've ever watched/read and I will keep on doing that. I sure do not regret watching the anime and reading the manga ^_^. I also like everything related to horror and I've written 3 horror stories and the 4th is on it's end.

Other Anime/Manga I Watch/Read

I am a person who loves anime and manga, therefore I read a lot of manga and watch anime too, but these are my most favorite anime/manga series:

Retrieved from "https://fairytail.fandom.com/wiki/User:Bookmark8?oldid=456387"
Community content is available under CC-BY-SA unless otherwise noted.