The Knight (騎士, ザ・ナイト, Za Naito) is a Caster Magic and a type of Requip.

This Magic allows the user to store weapons and armors in pocket dimensions and summon them during battle. This gives the user a high level of offense, defense, flexibility and variety in combat, regarding the type of the armor and/or weapon they Requip. This type of Requip also gives the user the ability to use, and gain resistance to, natural elements through the use of certain armors, as seen by Erza's resistance against fire with her Flame Empress Armor,[1] against water with her Sea Empress Armor,[2] and against lightning with her Lightning Empress Armor.[3] The only known user, Erza, stated that there is a limit to how much the pocket dimension can store, and as a result, she leaves some of her armors in her room in Fairy Hills.[4]

After increasing mastery over this Magic, the user is able to combine different weapons and armors from different known sets. For example, when battling monsters that utilize water as their primary means for offense, the user can Requip into Sea Empress Armor, while, at the same time, Requiping the staff from the Lightning Empress Armor, increasing their defense against water and increasing the effectivity of their attacks by making use of electricity's natural conductivity through water.[5] 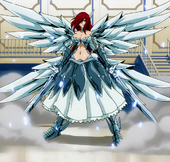 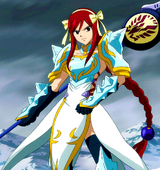 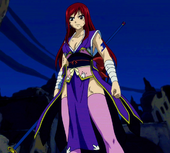 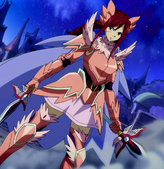 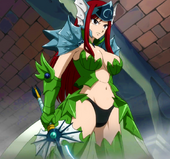 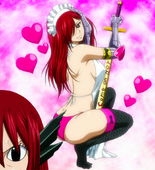 Retrieved from "https://fairytail.fandom.com/wiki/The_Knight?oldid=844444"
Community content is available under CC-BY-SA unless otherwise noted.