Personification Magic is an anime-only Holder Magic related to dolls.

This Magic is apparently made to imitate anything the user desires. It is similar to Transformation Magic, except that the object in question does not actually "copy" its target, but only gives off the appearance of its target, and, unlike Illusion Magic, the imitation actually exists physically.[2] Powerful puppets can be created, as well as weak ones. Lapointe is one example of a very powerful puppet, who thought that he was actually human, and possessed all the skills and intelligence of Zero. It is unknown if his Magic Power was equal to Zero's, though Lapointe seemed confident enough to go up against Gildarts Clive.[1] Another example is Imitatia, as she was able to give her life and emotion with the sole purpose of acquiring the Infinity Clock.[3] 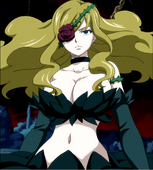 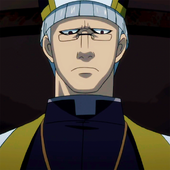