It's a Magic that has the ability to make two or more people's senses as one. If one of the people linked with the Magic feels pain then the others will as well.[1] Although the Magic doesn't actually share the physical wounds, it is still able to "share" death. Extreme amounts of emotion can also be shared such as crying. With this Magic, the user can also create teal Magic swords formed from the user's incredible faith. Using simple arm motions and sometimes verbal commands, the user is able to launch the blades, which then hone in on his or her opponents. The blades are different from normal swords, as they attack the opponent's sense of pain directly, making it possible to slice and damage even Juvia's water body.[2][3] The user is also able to create different varieties of blades. It has been later noted that the true form of use for this Magic is the ability to combine the strength two into one, thus the attacks used increase in power.[4] 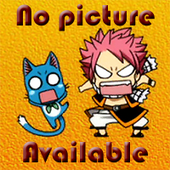 Retrieved from "https://fairytail.fandom.com/wiki/Maguilty_Sense?oldid=908955"
Community content is available under CC-BY-SA unless otherwise noted.