It is a type of Creating Magic that allows the user to bring life to there creations. They can create different creatures from inanimate objects.[1][2] Occasionally, the user has to perform different techniques or preparations in order to cast a Living Magic spell.[2] The caster can give his/her creations distinct appearances, personalities, and abilities. Some given abilities can include Magic.[3] In most cases, the caster is able to control their creations, though sometimes, if the Magic is used too long, the situation reverses. Multiple creatures can be created simultaneously.[1][2] 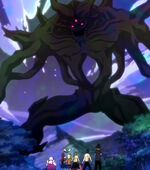 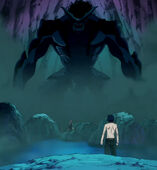 Retrieved from "https://fairytail.fandom.com/wiki/Living_Magic?oldid=341757"
Community content is available under CC-BY-SA unless otherwise noted.