As per the Image Policy, nominate and discuss changes to the profile pictures of the character articles here and only here. All discussions must be left open for a minimum of two days before any change takes place. The typical requirements for a profile picture are that it shows the character facing forward, in their typical attire and should not be battle-worn. They should be centered, have good lighting, and be of good quality. Candidates also must have valid and complete {{Fairuse}} and {{Fair use rationale}} templates attached to them or else they will be rejected. Anonymous users are not allowed to vote here! 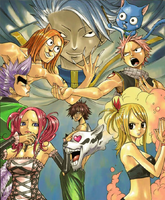 Admittedly, the change to the current image wasn't the best decision we have made. While the image looks good in itself, it looks terrible on the page because of how wide it is. On the other hand, the proposal has good proportions and is more arc-poster-like. Plus, a throwback to Mashima's early art is never a bad thing, right? Miskos3 Message 13:12, September 10, 2016 (UTC) 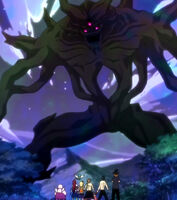 The current image is a blurry anime image, not much of an arc poster material, imo. The prop is so much better suited. Miskos3 Message 13:12, September 10, 2016 (UTC)

Also, I suggest y'all click on the current pic and see how absolutely terrible the character art is. Miskos3 Message 23:38, September 10, 2016 (UTC)

Retrieved from "https://fairytail.fandom.com/wiki/Fairy_Tail_Wiki_talk:Image_Gallery?oldid=936018"
Community content is available under CC-BY-SA unless otherwise noted.