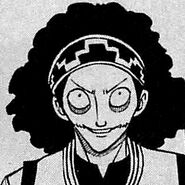 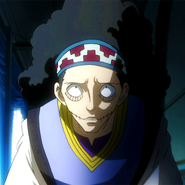 Proposal 4
Add a photo to this gallery

Support - We need a picture of him from anime, but let's discuss which is better. I like the proposal 2.

Support - I'd go for Proposal 2 as well, it seems like the best option: the colors make it so that the picture doesn't look like a flashback one (something which happens in the manga), and, despite him not facing forward in it, I think Proposal 2 would be the best choice for his Profile. 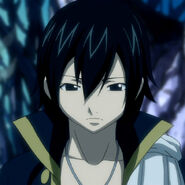 Current
Ep. 121 - Zeref.png
Proposal
Add a photo to this gallery

Support - His emo-like profile picture has always annoyed me, I think this one shows his personality as the strongest dark mage better, plus he's looking right into the camera. Miskos3 Message 10:03, March 11, 2012 (UTC)

Oppose - Though I agree that in the proposed he is in his current "awakened" state, the lighting is not good. His skin color is weird

Looks better and the current one also has some melancholic lighting. Then I guess now I

Support - I think that the old one does not show his true potential (in terms of combat abilities) and the proposed will make him look like someone strong and formidable. Evanalmighty 13:14, March 11, 2012 (UTC)

Support - It looks better than the old one.

Support - Looking to the camera, and it's good despite the visible differences of luminosity in the scene.

Retrieved from "https://fairytail.fandom.com/wiki/Fairy_Tail_Wiki_talk:Image_Gallery/Archive_Z?oldid=234145"
Community content is available under CC-BY-SA unless otherwise noted.