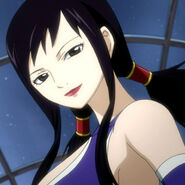 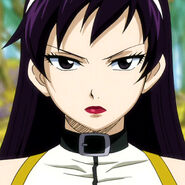 Support - I really like it. Better light, facing forward... It has my vote! Ishthak 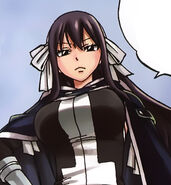 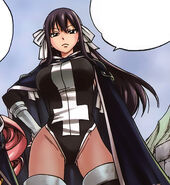 Proposal 2
Add a photo to this gallery

"Colours". If you understand me

Proposal 2. It has more "Colours"

Support - Colours and it's facing us ;D Otaku Chick

Hey! Quit mocking "Colours", "Colors" is the American spelling, so it depends on where you're from ;P Lolness Otaku Chick

Though I think it would be better if the "Full body picture" was used in the Appearance section...

Support - Proposal 2. It is coloured and we can see the full body portrait Gildarts Clive

Support - Prop 1 for Profile and Prop 2 for appearance. Ishthak 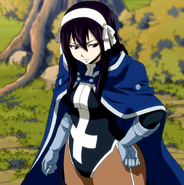 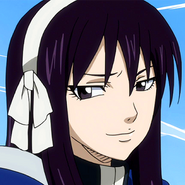 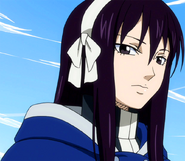 Proposal 4
Add a photo to this gallery

Support - Prop 1 is the lesser of 2 evils. Well, 3 more if you include the other props. I just wish the animators gave us some better frames to work with...
.:Umy:.

Support - Prop 1 looks the best in my opinion. I works as a good close up of her face and that smile would work as a nice, heart-warming, welcome to the page. It's just a lovely image in my opinion.

Oppose - All have a weird angle and/or show Ultear with an expression unlike of her. I believe there are some screenshots that better suit her. If not, then my Support vote (for now, if there are no other proposals) will go for the first Prop. Glass Heart (GHeart) 23:57,3/20/2013

Tried looking, even over the past episodes, with no pleasing end results.

Support - Prop 1 It captures that new, softer side of Ultear.

Support - Prop 1 People, people. Who doesn't love that smile? All the other look unfitting except prop 4, since that's actually pretty neat. So if prop 1 fails then it should be prop 4 This is intended to males
--Fairy Tail Grand Master<F.T.G.M. >

Is it possible to center her face in the Prop 1 so there isn't so much space behind her head? It looks quite weird on her page that way imo.. If yes, then I'll

Neutral - All of them, including the current one, are equally bad when it comes to her expression and/or body/face position. Miskos3 Message 06:58, March 21, 2013 (UTC)

I pretty much agree with Miskos. I don't like the angle of any props but at the same time, the current needs to go because it's "overhead" view of Ultear is terrible in addition to the fact that her (poorly drawn) full body is visible in it. Were centering the first proposition possible, I could possibly give my support to that but until I know more on that, I'll abstain from voting.

Much better! I support this!
--Fairy Tail Grand Master<F.T.G.M. >

Support - Prop. 1 - Not the best, but it's better than the other options we have.

Support - Prop 1 Hmm. . . Ultear you look so pale. Put on some blush and lipstick. KOKO

Neutral - None of them is good enough for Ultear. Raven 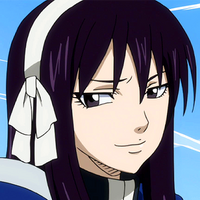 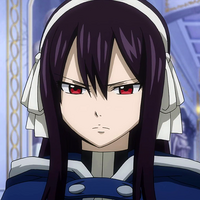 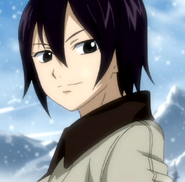 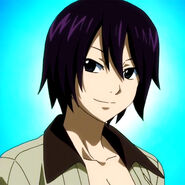 Support - Only question is, why is the proposed named Ultear?   B

My mistake. Recently I've made too much Ultear's images Ishthak

Support - Though I like the snow in the background.

Support - I really like the snow background but.....  Iam...JakuhōRaikōben

Retrieved from "https://fairytail.fandom.com/wiki/Fairy_Tail_Wiki_talk:Image_Gallery/Archive_U?oldid=840002"
Community content is available under CC-BY-SA unless otherwise noted.