Team Element Seven (エレメントセブン, Eremento Sebun) is an official team of the Fairy Tail Wiki under the Anime Summary Guild.

The following are the duties of Team Element Seven: 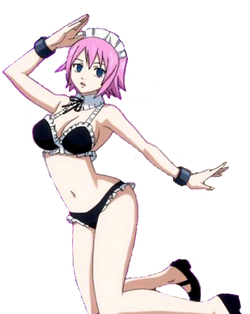 Unlike the Wiki's Guilds, things are done a little differently here in Team Element Seven. If there is a project the members will work together, however, if it's a simple job that requires the attention of only one Mage, only one Mage will be allowed to work on that job. We also accept requests from nonmembers so if you want a particular job to be completed, simply leave a message on our talk page and the job will be posted in the request board. The jewels rewarded for each job varies depending on the character. At the end of the month, Animal or MK will tally all the points and award the title Mage of the Month to whomever earns the most Jewels. If you see a job that you want to take, simply put *taken* and your signature beside it. Once you are finished, place *jobcompleted* beside it, and it will be checked for completion.

When signing up for a job, please use ~~~ instead of ~~~~ so that you're timestamp isn't left.

There are currently no vacant spots available. Once a spot is vacated, aspiring users may leave a message on our talk page. Their works will be reviewed and if deemed qualified, their names will be added to the list of members. All users must not be anonymous users. If you wish to join the team, you must create an account.

Any users that goes three months without completing a 1,500 jewel job, will be excommunicated from Team Element Seven. When you are excommunicated, you must take the team's badge off of your userpage within two days of being notified of your excommunication. If you do not remove it, one of your fellow team members will. Excommunications aren't permanent and if you wish to rejoin the team, simply re-apply.

Type {{Team Element Seven}} on your user page; this mark is a symbol that you're a member of the team.

For use by Former Mages only!!!

Type {{TESFormer}} on your user page; this mark is a symbol that you're a former member of the team.

This is the list of Request that were done this month.

This is the spot to total all the Jewels that all our current mages have. At the end of the month, whoever has the most Jewels is named the Mage of the Month.