The Referencia Guild is a group of Fairy Tail Wiki users who have the clean-up task of adding references to articles, and making sure references within articles are correct and proper. These users are dedicated to the task of making sure information within the Wiki is properly sourced, a task which is necessary. They also have the duty of improving our articles in general by doing tasks such as: expanding or shortening as necessary. All users should read over our Referencing Guidelines before you start referencing.

Roles of the Referencia Guild

The following are the duties of this guild:

1. To add references in order to assure correct information.

2. To assure references are properly placed.

3. To assure references are reputable and correct.

5. To educate other users on the usage and importance of references.

6. To reference the new info that is added to the character's pages when the new manga chapters come out weekly.

7. To understand that referencing isn't a one-time thing, and unless the character is dead, the referencing work on their page will not end until the show itself ends.

8. To fix the format of existing references.

9. To expand or shorten articles as necessary.

10. To bring any articles on the site up to standard.

If any non-members wish to see a particular page on the site be improved, then leave a message on the talkpage and the Guild Master or one of the S-Class Mages will add it to the list of jobs.

Here at the Referencia Guild, you pick up jobs from the Jobs section below, read the problems section of the request, and fix the problems detailed. Each Job is worth a certain amount of Jewels, and at the end of the month, Wrath will tally all the points and whoever has earned the most Jewels will be called the Mage of the Month. If you see a job that is Free, simply replace the word "Free" with Taken and your signature beside it. Once you are finished, replace Taken with Completed, and it will be checked for completion. Please note that any user that doesn't do an adequate amount of work will be excommunicated.

When signing up for a job please use ~~~ instead of ~~~~ so that you're timestamp isn't left. 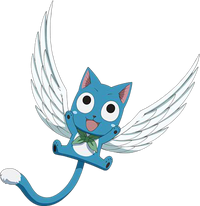 Excommunication from our Guild

Any users that go two months without completing at least three jobs will be excommunicated from the Referencia Guild. When you are excommunicated, you must take our Guild's Badge off of your userpage within two days of being notified of your excommunication. If you do not remove it, one of your fellow Guild members will. Before a Guild Member is excommunicated, they must be warned at least 2 weeks in advance. The Guild Master or one of our S-Class Mages should handle this. Excommunications aren't permanent and if you wish to rejoin the guild, simply re-apply.

Note: Some things on the same page will have the exact same reference in that case use this format.

For use by members only!!!

Type {{ReferenciaGuild}} on your user page; this mark is a symbol that you're a member of our Guild. If you are excommunicated from the Guild, you must remove it from your user page, or another user will remove it for you.

For use of former members ONLY!

However, you can replace it with {{FormerMage|guild=Referencia}}, which is a symbol of you being a former Mage of our guild.

If there aren't any available jobs on the Request Board, ask the Guild Master to add some. Also, Mages may only take 3 jobs at a time.

Appearance in Other Media Jobs

the following list pertains to the "Appearances in Other Media" section of the character listed, which is expected to be completely updated. The appearance made by the character is gratuitously provided for your convenience. The summaries are numbered as such to correlate with how they are numbered in the navigation. Make sure each appearance is referenced, reworded, expanded and restructured appropriately.

If any more assistance is required, feel free to contact Wrath. It is understandable that not all the other medias can be found, so close-cutting it will be fine, but do not partake in a job if you know you won't be able to find a considerable amount of. Also, Mages are still expected to only take 3 jobs in total at a time.

Aside from just completing the Jobs under the Request Board, we are to make sure our articles within the wiki are referenced correctly and properly. All the information should be properly sourced and we are also to improve articles by shortening/ expanding etc. If any Referencia Guild members find a page within our wiki that is heavily deprived of references or desperately requires rewording and restructuring, they can fulfill the necessities of the article and then post the edit page onto my talk page. From there, the work completed will be judged and the user will be rewarded with Jewels.

If any more assistance is required, feel free to contact Jak.

List of Pages that were completed this month. For all the others, please view the Completed Archive to the right.

This is the spot to tally all the Jewels that all our current Mages have. At the end of the month, who ever has the most Jewels is named the Mage of the Month.

Retrieved from "https://fairytail.fandom.com/wiki/Fairy_Tail_Wiki:Referencia_Guild?oldid=1012732"
Community content is available under CC-BY-SA unless otherwise noted.