Enchantment (付加術 Fukajutsu) is an ability that allows the user to bind their Magic onto someone or something.

The process of Enchantment amounts to the user to adding their own Magic onto living or inanimate objects, thereby increasing their natural attributes; i.e. enchanting wood to make it stronger than steel,[1] or enchanting swords into human beings with immense power.[2] While a normal user of Enchantment is simply called an "Enchanter" ( Enchantā),[3] a "High Enchanter" ( Hai Enchantā) is one who has immense prowess in the art. For them, it is possible to attach their Magic in a manner that allows them to change and alter climates,[4] manipulate the atmosphere, completely change geography,[5][6] modify an organism's physique,[7] and even vastly enhancing the power of individuals past their normal limits.[8] High Enchanters also have the ability to extract Magic from human beings.[9] If one has enough Magic Power, such as the amount possessed by a Dragon, they can even cast "Master Enchants" ( Masutā Enchanto), which allow them to enchant heavenly bodies themselves.[10]

If an enchanter dies, all of their existing enchantments will cease to function, and any physical changes that resulted from them are reverted.[14] 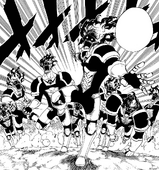 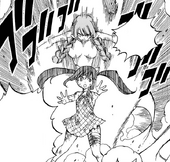 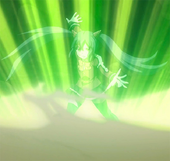 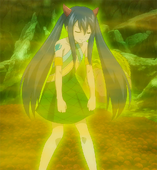 Retrieved from "https://fairytail.fandom.com/wiki/Enchantment?oldid=956242"
Community content is available under CC-BY-SA unless otherwise noted.