In Edolas, Magic is not present within a person, but rather it is found within Magic Items such as Lacrima, which can be installed into items or weapons to produce varying effects.[1]

The effects produced by Magic Items in Edolas are similar to those created by Holder-type Magic from Earth Land, if not more diverse, and ranges from shape-changing weapons or triggering a magical effect in the environment close within their proximity.[2]

Though being similar to Earth Land Magic, the main difference between the two is that Magic Items in Edolas have a certain amount of Magic stored inside them, thus granting only a limited number of uses and will eventually have to be replaced with new Lacrima. However, a skilled wielder can increase the number of uses by controlling how much Magic the weapon releases.[3] This gives Earth Land Holder Magic an advantage over Edolas Holder Magic, as Holder Magic in Earth Land runs on the power of the Mage using it, and not an external source.[4] 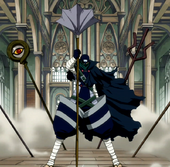 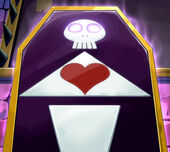 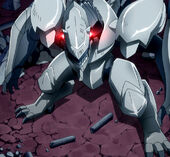