Earth Magic (土魔法 Tsuchi Mahō) is a Caster Type Magic which utilizes the element of earth.

The casters make use of the earth around them for combat, giving the users a great deal of flexibility when using their Magic. Skilled users can manipulate the physical properties of earth, such as making sand as hard as metal, creating iron-hard rock pillars from the ground,[1] or even bending the ground at will and turning it into a liquid form.[2] Earth Magic also enables a user to literally dive into the ground (be it rock, concrete, or metal), using their hands or feet, and tunnel through it.[3]

Like other elemental Magics, some users can also transform their bodies to earth to travel through solid obstacles and underground.[4] 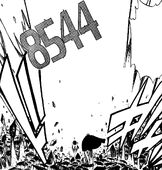 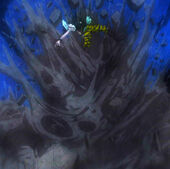 Retrieved from "https://fairytail.fandom.com/wiki/Earth_Magic?oldid=443584"
Community content is available under CC-BY-SA unless otherwise noted.