When a Dragon Slayer enters Dragon Force, they effectively turn into a humanoid Dragon, gaining reptilian scales and traits, such as further elongated, and sharper, canines and scale-like patterns on their skin.[2] According to Zero, Dragon Force is the final, most powerful state a Dragon Slayer can attain; granting them power comparable to that which a real Dragon possesses: the power to utterly destroy everything.[3]

Dragon Force greatly increases the damage done by standard Dragon Slayer spells, and grants the user access to more advanced, powerful attacks.[4] It also drastically enhances the user's physical prowess, speed,[5] and considerably boosts their Magic Power, which becomes visible, taking the appearance of a Dragon.[6] When exuded at its fullest, said Magic Power takes on a violent corporeality, likely as a result of the immense amount of Magic Power employed.[7] When Natsu Dragneel entered this state through the use of Jellal Fernandes' Flame of Rebuke, his flames gained the ability to burn off offending Magic, even that of Zero's ultimate attack Genesis Zero.[8] 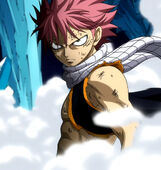 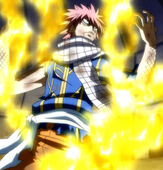 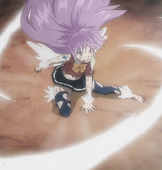 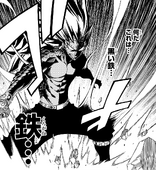 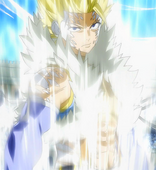 Retrieved from "https://fairytail.fandom.com/wiki/Dragon_Force?oldid=921905"
Community content is available under CC-BY-SA unless otherwise noted.