Blue Pegasus ( Burū Pegasasu) is a Legal Guild in Fiore.

The exact location of Blue Pegasus' guild building is unknown.[1] Guild Master Bob is known to possess a large mansion, whose location is similarly unknown, but which acted as a meeting point for the four Legal Guilds which joined forces to defeat the Dark Guild Oración Seis.[2]

Blue Pegasus was founded in year X764 by Bob, its first and current Guild Master,[3] as well as a former member of the Fairy Tail guild.[4] Throughout its history, relatively brief in comparison to Fairy Tail's, Blue Pegasus has been known to gather a series of Mages, mostly female, considered highly attractive and fashionable, enough so to become true icons: Karen Lilica, a known Celestial Spirit Mage active in the guild around year X781, was a highly sought-after woman[1] who posed for the cover of the Sorcerer Magazine;[5] as of year X791, Jenny Realight, another girl from the guild, is the current Miss Fiore.[6]

Despite its reputation stemming mostly from the beautiful and fashionable men and women in it, Blue Pegasus is a powerful guild which is kept in high regard, enough for it to be chosen as one of the four guilds tasked with the destruction of Oración Seis, one of the three strongest Dark Guilds composing the core of the Balam Alliance.[7] During X791's Grand Magic Games, Blue Pegasus' competing team was one of the few making it through the preliminary event "Sky Labyrinth", coming 5th of eight teams,[6] while 105 other guilds were disqualified.[8]

In spite of the light-hearted attitude which seems to characterize the guild, Blue Pegasus has a large and powerful war machine at its disposal.[9] 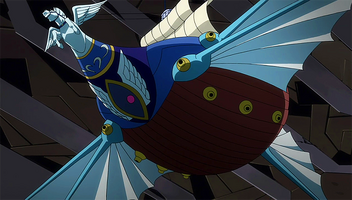 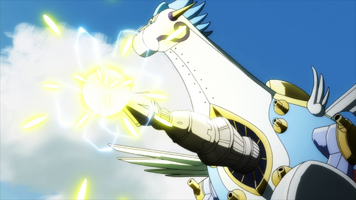